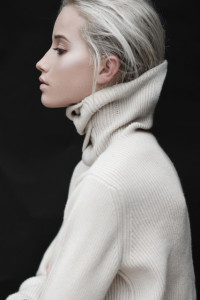 Libra is fondly known in the zodiac as ‘ the picture of grace and good taste’ along with ruling over everything pertaining to love and partnership. In this zodiacal region, we enter into a world of high aesthetics, symmetry and diplomacy. More commonly, it is known as a sign of balancing and is pictured by the symbol of the scales relating to fairness and balance and has its deeper mythological roots connected to the judgement of souls before passing into the underworld (Scorpio). In ancient Egyptian mythology teachings, every soul after death had to appear before the god Osris. The goddess Maat weighed the scales to ascertain whether the good in his or her soul completely balanced the negative or bad qualities. If the scales were unbalanced by so much as a feather’s weight, then the soul after a period of rest had to return to earth and undergo through the influence of Saturn further experience needed to bring the self into perfect equilibrium.

A Librian operates under the law of equilibrium and as an air and cardinal sign is intellectually active, always bringing the elements of the soul into greater harmony and into beauty and perfection. Libra is considered one of the most sweet-tempered of signs and there is a strong desire to avoid friction and disharmony at all costs. Companionship and partnership are vital to such an individual and they are always seeking their other-half and looking for that sense of completion. In the ancient world, the scale was an analogy for two halves becoming whole and contains within it all the opposites of the world – joining male and female, day and night, and light and dark. A Libran also immensely enjoys bringing like and like together, and creating affinity between people.

A soul born into Libra must strive for the mystical gem of truth and discern the goodness in life. Moreover, its energy has been compared to the Land of Light and it is associated with the colour white, a symbol of goodness, purity and angels. When we enter into the Librian energy, it is a time of assessment and the scales really can swing wildly and are also easily tipped.  During all of this inner polarizing of the mind it makes the individual appear hesitant and indecisive. As the sign falls at the mid-way point of the zodiac, it is often this position the soul must take in life. The type is poised between two worlds and is often the polarizing concept between good and evil, beauty and uglinesss, higher and lower expressions. The path of the Librian entails many intellectual reflections and promptings of the conscious and constant measuring so characteristic in the establishment of equilibrium.

Libra has a sense of relatedness to all things; the sign represents the symmetry of a flower, ethereal beauty, vision of loveliness moved by a breeze; always retaining a sense of purity and symmetrical arrangement. In this zodiacal region, we find the language of love; the goddess of justice; she is intense idealism with the fairest heart and clearest mind. A Libran is drawn to the universal principle of right and wrong and holds an ethical outlook, objectivity, with the highest of standards of evaluation, and artistic merit. The goddess Astraea has relation to Libra – holding the scales of justice – a common figure in the pictorial arts. We also meet Justice and balance with the sword in the tarot card – representing truth, clarity, and ultimately deciding where one’s value’s lies through the power of choice.

The most famous phrase for Libra through many of the older astrological texts is “the calm before the storm” and the place of rest – where all forms have equalized and ultimately will begin to return to an unstable state. As we have already covered in The Burden of Libra no perfect state can progress any further. In early Babylonian texts, the zodiac contained only eleven figures, and the zodiacal region governed by the seventh sign was known as the claws of Scorpio rather than a separate sign. The scales of justice eventually emerged from the dark trappings of the underworld and brought light and reasoning to mankind.