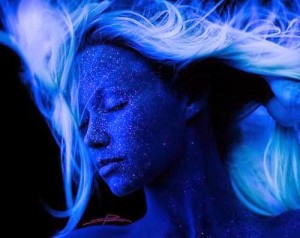 It is a difficult profession for Astrologers promoting the awareness and validity of astrology, writing books, engaging us in this fascinating study, revealing its eloquent truths. Through bringing this ancient knowledge into public awareness, updating it for an entirely new audience, it will keep finding new followers. Many astrological books are filled with such deep thoughts about the nature of the universe and penned by some of the greatest minds to ever grace astrology. Below are some inspirational quotes to read when the astrological journey is hard and the skeptics come calling.

Along with a strong belief in your own inner voice, you also need laser-like focus combined with unwavering determination. Larry Flynt

If you believe in what you are doing, then let nothing hold you up in your work. Much of the best work of the world has been done against seeming impossibilities. The thing is to get the work done. Dale Carnegie

Success means having the courage, the determination, and the will to become the person you believe you were meant to be. George Sheehan

All labour that uplifts humanity has dignity and importance and should be undertaken with painstaking excellence. Martin Luther King Jr 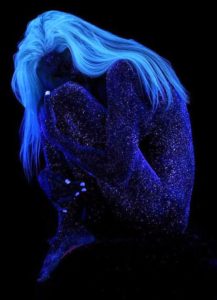 If the collective rejects us, or metaphorically tries to burn us at the stake, we have got to come up with something to stop us feeling bad, inferior, and lonely. We may say to ourselves, “It doesn’t matter because we know something they don’t know. We are in the vanguard of the spiritual evolution of the planet. We are here to teach others.” But maybe we are not so special. Maybe we are just humans lumbering along, bewildered by life like the rest, but we happen to be very fortunate in discovering an area of study which gives us a bit more insight into our dilemmas. Inflation creates its own isolation. We become like the downtrodden waiting for the Day of Judgment. The unevolved “scientific community” is oppressing and persecuting us. We can easily become evangelical, and I know some astrologers who are. We don’t usually pontificate at Speakers Corner or wander up and down Leister Square with a sandwich-board. But we may participate in television programmes in which we are subjected to tests we cannot possibly hope to pass. Or we put ourselves in positions where we are humiliated by a Skeptical public or an unpleasant journalist or television presenter, in the hope to “convert” the public.

We may also let ourselves be drawn into arguments with somebody who says, “Prove to me that this rubbish works.” For some unaccountable reason we stand there and actually try to convince such discourteous twits that we are really nice, sane, decent people. We waste time and energy trying to persuade the collective that we are not inferior. We are not heretics; we are not charlatans; we are not gullible fools; we are not in league with the devil; and we are not mad. We expend enormous effort explaining oursleves to those who were never prepared to listen in the first place. The Astrologer, the Counsellor and the Priest: Two Seminars on Astrological Counselling

Astrology has the advantage over other occult sciences in that it asks no “belief” of the student, but only investigation. Astrology: Its Techniques and Ethics (Newcastle Arcana Series)

Whatever is ordinarily given out to the common man does not reveal much of the inner nature of astrology. It is said that the sweet pulp of the orange is inside the skin and jewels are always inside the box, so is the mysterious astrology concealed  under its outer layer. Introduction To Esoteric Astrology