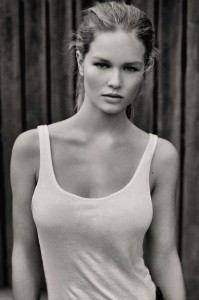 An individual with the Moon conjunct, square or opposite Uranus is emotionally excited, provocative and restless. They sometimes express their feelings in an unconventional manner and will often experience clashes with those around their personal life. The Moon in astrology represents how we instinctively respond or react to others and it usually tells us something about the early conditions of our life. Uranus is an outer planet and rules change, rebelliousness and originality.

The feelings of the person have an erratic changeability and this never sits well with the Moon’s need to feel safe and secure. Things at home seem to change sporadically, and from an early age something ruffled the nest causing extreme anxiety and uncertainty along with a feeling of never really belonging; they may have struggled with this sense of alienation for quite some time. In the home life, there may have been a lot of upsets in their upbringing. Perhaps the family moved around a lot, or there could have been events that were out-of-control and unexpected, threatening security.

Moon-Uranus often disengages from personal feelings and will usually connect to something much larger; there is a search for universal understanding, and everything is placed in the context of a broader system. Uranus is the wild and intuitive card of the horoscope and people with the Moon in contact with Uranus are particularly gifted with flashes of insight into future trends. They feel at home with science, computers, virtual reality, occult knowledge and revelations. The Moon-Uranus person feels attracted to anything unusual, unorthodox and weird. In the vocational area, we often find Moon-Uranus acting as sociologists, humanitarians, psychologists and astrologers.

The Moon-Uranus type is not one to censor how they feel, and there are always emotional fireworks, especially when one is touched with a streak of originality and unpredictability. There may always be a struggle between closeness and distance, patience and impatience, dependence and independence, past and future, security and freedom, emotions and ideas, moods that are always subject to intense upheavals. The individual may have to learn how to express these inner conflicts and find some half-way point so that they can have freedom and a secure base.

It is not uncommon for this contact to have experienced disruptions, sudden changes at home and to feel as if some aspect of their inner-world had been turned upside down. All of these earlier changes have created this out-of-sync quality, unsettling restlessness and tremendous impulsiveness. C.E.O Carter describes this combination as a powerful and often dangerous position due to its high emotional tension.

The interests are nearly always strange, and both mind and feelings differ from those of ordinary humanity…Things ordinary and common do not satisfy the nature at all, and the constant search for the marvellous may lead the native into all kinds of fanatic cults. By Charles Carter, The Astrological Aspects

The emotions of the individual often come in sudden, abrupt waves. The emotional responses can be unpredictable, and the nature of the person could easily be described as electrifying. The need for freedom is often powerful and a major theme of their emotional life is becoming progressively detached from their needs. The person tends to feel frustrated with confines and limitations, they have a powerful intellectual side to their nature needing an outlet.

The person may often feel the need to break out of circumstances that are constricting and makes them feel trapped. They could probably adjust quite quickly to a new tempo of life, due to having been forced to be emotionally flexible in the earlier part of growing up. Moon-Uranus isn’t afraid to try original, untried and new ways of living. The need for change is strong and they often strike out differently. There could, however, be violent mood swings, and a tendency to make waves, often through stirring things up, generally rocking the boat.

When feeling hurt and rejected, they tend to detach and distance themselves. The domestic life will probably always have that unsettling quality, and perhaps routine is a not always a part of how they live. An individual with Moon in aspect to Uranus has to be careful not to throw away one way of living in exchange for another based on their ideals. The search for excitement and to try something different may be overpowering. By finding a compromise somewhere, it would be better than changing their existing life completely. By creating more space to do the things that excite and thrill they can still maintain some stability.

When it comes to keeping things ‘normal’ it’s just a word they never learned to pronounce. Sometimes life twists and turns unexpectedly no matter how slow, careful and methodical they try to be. It is always important to have some kind of anchor in life. Change can make any individual feel a certain level of discomfort, and reasonably ordered lives can be thrown into chaos at any moment; this may be a familiar feeling to the person. Sometimes with the Moon, we have a lunar hunger and when it’s connected to Uranus we are starving for a new experience, often preferring an unconventional lifestyle since they hate to feel tied down.

Sometimes the only thing the Moon-Uranus individual knows how to do at a time of crisis and when feeling anxious is to change everything around. This can lead to moving house, ending relationships, friendships, changing employment or an established career for something completely new, breaking away from the past, ridding themselves of all burdens and conditioning. The Moon sees Uranus as the creator of disorder, upset, and commotion when it feels the urge to pull away from everything familiar.