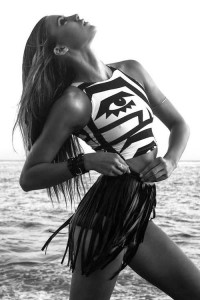 It was William James who observed that our first act of free-will is choosing to believe in free-will. In astrology, Uranus is the prime planet which relates to the whole aspect of  “mind over matter”.  One can’t deny, it can feel liberating to truly believe that one only has to change the way one thinks about reality and the world that is known begins to shift in exact accordance with the individual. Uranus in astrology is the higher mind and it is thought that collaboration is happening between our mind and the physical world we create.

The relationship between the mental world and the external physical world has been discussed for hundreds of years. Uranus is the planet to enlarge the dimensions of our world, people’s concepts of it, and has a multidimensional energy. When our perceptions are altered, as so often happens under Uranus, change begins to happen. The big blue planet seeks a larger framework in which to understand reality and is symbolic of higher consciousness, humanity as a whole, and extension of the divine mind. In many respects, asking us to wake up to reality and representing mans’ attempt to be master of the universe.

Liz Greene expressed the concept of the evolution of the mind in Saturn: A New Look at an Old Devil

touching upon Uranus‘ aspect with Saturn as both often crop us together as if part of unity, although completely negating one another. Here, Uranus is discussed in his relationship to the etheric body of a man, which is sometimes called the “human energy field” or the aura.

Only the downfall and castration of Uranus at the hands of his child, Saturn, is mentioned by our ancestors in their symbolic portrayal of the evolution of consciousness. This is an amazing symbol which suggests a very ancient enmity between the two motivations within a human being which these planets represent. It would be an insult to the richness and beauty of the symbol to make such a pragmatic a statement as the fact that we see the castration of the mind by the insistent identification with matter…Astrologically we assign him (Uranus) to the rulership of invention, genius, originality, individuality, and the urge for freedom. His chief characteristic are his suddenness and abrupt flashes of intuitive knowledge which he evokes through an airy sign, and esoterically he is given rulership over the etheric body of man, that web of energy upon which the physical mould of the body is built which serves as a conductor between the mind and the feelings and the physical brain and body of man. The etheric body or vital body is no longer an esoteric concept; it has at last made its appearance in the laboratory and been duly photographed, and is now under extensive research as the possible source of life. For many people the energies of Uranus are too fine to utilised, and so he has a reputation of being either a dumb not or a malefic. The intuitive mind which is capable of synthesizing inner and outer perception…he is however a powerful motivation toward freedom from identification with matter…Uranus seems to be linked with the archetypal figure of the magician in the Tarot deck, who is a fusion of mind, feelings, body, and soul and therefore has mastery over all four worlds.

Many Uranian people and Aquarius and 11th house types are into astronomy, astrology, mind-bending subjects, technology, science and architecture. The planet can be involved in other pursuits with the aim to awaken consciousness. Uranus is this explosion of knowledge revealing something that we were not expecting and presents new ideas, and a new perspective. It rules the universal principle and many aha! moments when we gasp in awe at what has been revealed. It is the planet of revelations, challenging our preconceptions about life and often jolts us into awareness through sudden and unexpected events that shake us out of complacency about life and what to expect.

We spend a lot of time trying to break free from what we feel we cannot control, gaining knowledge, developing new technological breakthroughs. Philosophers claim that within the architecture of the human mind each one of us responsible for his or her life design. Sue Tompkins pointed out in The Contemporary Astrologer’s Handbook (Astrology Now)

that Uranus turns into Saturn and the two planets are almost an anagram of each other.

Uranus is the release of explosive power and as we give birth to new thoughts they begin their physical actualization. We always slip into Matrix territory when discussing this side of Uranus and begin to think of programming the mind to learn martial arts, dodge bullets and spoon bending.