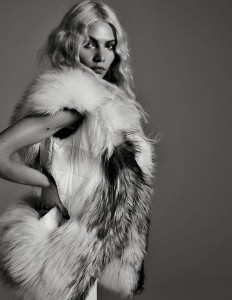 Before all Cancerians and Moon people start dancing sexily to Shakira’s She Wolf as it is their song [howls]. This post actually concerns the hungry nature of the Moon and a woman’s eating disorder. The chart of Cherry Boone is interesting and she is notoriously known for suffering with anorexia and bulimia.

“Finally Cherry Boone promised her fiancé, Dan O’Neill, that she would never again gorge herself with food only to throw it up. Dan took her at her word—after all, if you couldn’t trust Pat Boone’s eldest daughter, whom could you trust? As he drove off into the night, Cherry walked into the family’s Beverly Hills home and stared at the meat scraps left for her dog, Summa. Minutes later, returning unannounced to the house, Dan remembers witnessing the most “revolting and pathetic thing I’d ever seen.” His wife-to-be was sitting on the kitchen floor, eating out of the dog’s dish. “I nearly broke off the engagement,” he remembers. “But I realized she must be sick, and I loved her enough that I wanted to help her if I could.”

This imagery and knowing that Boone is powerfully Cancerian reminds me of the hungry wolf a creature that is known to most commonly appear at night. In astrology, the Moon rules our hunger, basic instincts and needs. However, there is hunger and H.U.N.G.E.R, and Boone has 4 planets in the sign of Cancer: Sun, Mercury, Jupiter and Uranus and she also has the Sun forming a square to the Moon.

It is thought that canines have deep mythological roots that relate the underworld. The dogs are also companions of the Moon Goddess Diana associated with hunting. The loneliness (something Cancer fears) of the howling wolf standing on top of the mountain and staring at the silver moon shining in the sky gives out an instinctive cry, a long haunting howl that is powerfully symbolic of this sign. The saddest thing to see in Cancer is a feeling of being empty, and if they are suffering from this they need to heal the pain inside that is making them feel so starved.

The sign of Cancer can be filled with negative criticism, and suffers from the greatest insecurity. One of the biggest lessons for Cancer is learning to nurture themselves, to look after their own needs, and to find personal and emotional satisfaction. The sign needs to pay attention to their inner selves, and if they ignore this part of their nature it tends to loom large in the background working automatically with a gnawing hunger to be fed.

The Luminary rules over our instincts, the feminine, and the automatic functions of the body. The Moon also rules over Cancer and is the ruler of our needs, feelings and emotions that tend to be stronger than logic. Cancer people have a strong connection to the past, family and their roots. This luminary presides over the motherly feelings and is symbolic of the crab that seizes and grips, finding it hard to let go of loved ones. Strong lunar types can use food self-destructively, compensating for a lack of emotional nurturance. Bulimia and anorexia are something that can be related to the Moon in the astrological chart.

Hunger Moon and Wolf Moon are other names for the Full Moon. Cancer and the Moon have the greatest emotional hunger in the astrological chart. A damaged child can spend a lifetime trying to feed this hunger and satisfy a hungry Moon. In the tarot card of the Moon, it shows both the dog and the wolf. The wolf representing the untamed, savage, and wild part of the instinctive nature, and it can turn on those that is emotionally dependent on.

For many Cancerians food often plays an important part of their lives. Food is used to nourish, feed the body and soothe a hungry stomach. The Sun (identity) square the Moon (family) illuminates family conflicts and dynasties, envy and rivalry, an affinity of family members, and, most importantly, offers lessons on how to individuate within our family.

I’m my own person,” says Cherry. “My identity no longer rises and falls with the Pat Boone family.”

Hopefully, Boone is a lot healthier today and lot of her issues were related to family matters, and she has a come a long way breaking out as an individual.