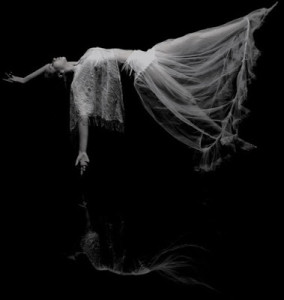 With a Pluto transit in the 8th house we are officially dead in the water, the tragedy feels fresh, the air disturbed. The individual undergoing this process can experience some evolutionary, and great changes spiritually. It could take the soul deep into the subconscious, and dredge up deep-rooted emotions, they can become extraordinarily vulnerable throughout this whole phase.

It could be a readying passage to move beyond psychological boundaries and this can mean a confrontation of sorts, with attachments, memories, and people which no longer serve the person’s growth. The 8th house has always been such an occult area and interest in the deeper aspects of life may take hold and this can be something of a mystical, psychic and supernatural journey, with a keen fascination with life and death issues, astral travel, and other planes of existence.

Travelling underground, analysing nature at its core level could be what this journey is all about. A new sexuality might also be awakened, feeling more powerful, a sense of fate and destiny is so incredibly intense that it touches the soul. A general thought is that a Pluto transit in the 8th house is only painful when an individual resists changes and still tries to hold to worn out ways, but this doesn’t always hold true. Fated events often intrude anyway, it never needs an invitation. Pluto moving through a house can take many years, and so it is important to examine the natal chart for the upcoming aspects involved and the time of triggering. The individual becomes profoundly aware of the deeper undercurrents of life, and this can be frightening for some, suddenly there is a new awareness of hidden motivations, and they may want to explore further the deeper meaning of psychology and body language. A force as compelling as this drives them towards uncovering anything which has been buried.  The time is ripe to catch the insights of the mystics and take in fully these new, and profound revelations.

There are fears and a fascination of what lies beyond bodily existence. The 8th house and Pluto can be tough, this energy can send us into spirals of self-criticism, wondering what the hell is wrong with us. Thoughts, beliefs and emotions laced with sulphurous toxins include anxiety, shame and dread. A running tirade of self-blame like an invasive radio station that we are unable to switch off.

Of course, a lot depends on how much has been bottled up over the years. Another factor is whether or not the aspect Pluto forms are soft or hard. The 8th house and Pluto always remind us of adolescence this psychological landscape of self-examination, psychological vulnerability, depression, suicide attempts, anorexia, emotional disorders, abuse. It is like the personality goes through this state of turbulence, self-renewal where the core is close to collapse. Our gropings at maturity. Damaging behaviour patterns can be highlighted. Now, does this all mean we will feel this extreme with a Pluto transit in the 8th house? No, not necessarily, but it can unleash a self-destructive urge, and continually dealing with growing pains. New perspectives upset old habits and attitudes, but this is an essential step in any transformational process. The rewards of such an internal cleansing process are worth it. Each time it involves letting go of one of our illusions.

Our birth is nothing but our death begun –Edward Young, Nighthtought