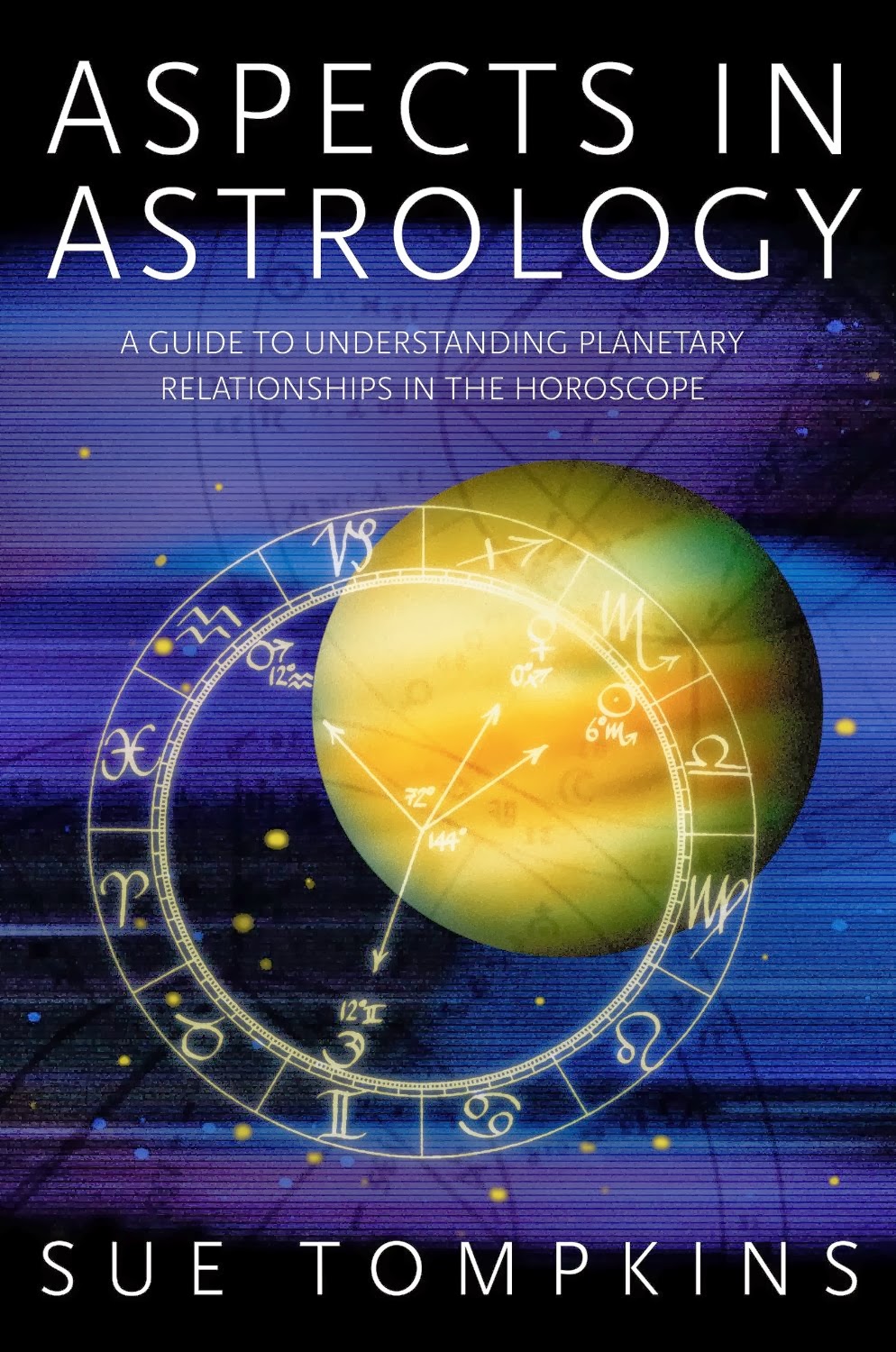 Aspects in Astrology is written by Sue Tompkins, and it was first published in 1989. The book is a guide to the planets and their aspectual relationships. It is considered to be a goldmine of information regarding natal aspects. The author takes a psychological approach and each aspect delineation is given a generous overview. It is easy to glean how many studies, research, and acute observations have been put together in this book. The author discusses each planet before beginning the interpretation of them as pairs allowing the reader to understand the nature of all ten planets before we move on to the influence they have upon one another. Angular planets are also considered and how they affect the nature of the character. The mutable, cardinal and fixed crosses are studied, too, and the friction of elements.

Elemental trines are discussed, with the view that trines in water know how they feel whether they like it or not, and are less likely to be affected by judgment by having to consider whether they are supposed or expected to like or dislike the object under question. The aspects are expertly covered and nothing is left untouched by such an in-depth treatise. I highly recommend this work on aspects, as it is one of the better aspect books on the market.

Quote from the book:

Sun-Venus people all want love and to be loved; they tend to identify, rightly or wrongly, with the notion of being a loving and affectionate kind of person. And they want to be seen in that light, recognised as a person who is amiable, popular and tender hearted. Usually, Sun-Venus, ever wanting to please and be popular is popular, especially with women. To be a loving person, and to be recognised as such, may be the most important thing in the world to the Sun-Venus type, although obviously the rest of the chart needs to be carefully examined. The need for personal popularity can be so strong that the individual finds it very difficult to confront unpleasant issues, or show themselves in an unpleasant light. They may find it difficult to puch themselves forward, for doing so might ‘make waves’ and Sun-Venus would rather not risk that. Aspects in Astrology: A Guide to Understanding Planetary Relationships in the Horoscope