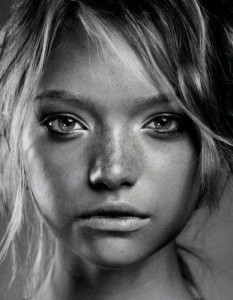 This is a difficult subject to tackle, and Astrology will never show evidence in a natal chart for child cruelty, and so there always needs to be some element of caution before moving on. We can’t go and assume that everybody with Mars-Pluto in aspect will experience abuse.

However, in the few cases of severe child abuse and murder in the family as seen below, the Mars-Pluto aspect shows up too frequently to be a “coincidence”. Tragically, it is at home where a child is supposed to feel safe and loved that most abuse occurs. For many Mars-Pluto individuals the “Apple Pie” life at home is not what they have experienced and “family” is a place filled with anger, yelling, insults, sexual violence, beatings, and even killings.

Astrologically Pluto rules what is taboo in our society, and what is considered shameful and appalling. Mars rules anger, rage and violence, and tense aspects between these two planets are the most forceful and violent and can be lived out in the most positive or destructive way. Mars-Pluto is sometimes to be found in the charts of people who suffer from a violent death, but there is also a very intense need to fight for survival. An aspect between Mars and Pluto doesn’t always lead to violence and the individual may find an outlet through sports, or competitive intellectual challenges, depending on what houses are involved.

There can be a lot of rage and destructiveness inherent in Mars-Pluto, and it reflects considerable passion and violence. However, somewhere in this rage lies the seeds of considerable strength of will and survival ability. At times, Mars-Pluto aspects can run through a whole family. I once looked at a group of family charts, and the mother and father both have the contact and the two daughters. The father was violent towards his sons and therefore, the mother was involved with an abusive man and experienced the destructiveness of her Mars-Pluto aspect through him. The two daughters have very opposite personalities and the Scorpio daughter is violent towards her partner and children and has a vicious temper, and she has been reported to social services many times. Meanwhile, the Piscean sister dates a violent boyfriend and has been attacked down an alleyway. It is a complicated aspect running through the family creating a dark history of violence, rage, and impotence, and somewhere along the line, the cycle needs to end.

Individuals with a natal Mars-Pluto, who have experienced violence in their childhood may go on to have abusive relationships, and recreate an old, familiar family pattern. The violence can be so deep-rooted and many Psychologists believe that violence against children has deep historical roots that continue into the present day.

If we are undergoing this aspect in transit, astrologers warn you to be very careful around these times; this can include dating, walking home alone, and any other aspect of life which might leave us vulnerable. They basically tell us not to get into a dangerous situation, and these warnings are not too heavy-handed.

“Mars-Pluto is definitely a violent aspect. It is one of the rape aspects, either Mars conjunct, square, or opposite Pluto. I always worry about these aspects because it is important to use this energy up properly, otherwise it could manifest in a negative way…The other thing that can happen with a Mars/Pluto aspect is abuse, battery, or violence. I saw a client who had her Mars opposite Pluto from the first to the 7th house. I said to her, “You know you have to be very discriminating about who you go out with. You have to be very careful when you date. “ I was saying all the things you would say if somebody had that aspect. And she said , “Well its already happened to me. There was a lot of violence in my home growing up and then in my marriage.” She continued, “As a result of that, I now run a shelter for battered women.” By Carol Rushman – The Art of Predictive Astrology

Here are some case studies below on child abuse and murder and all have a contact between Mars-Pluto in their horoscopes. I will warn you that these cases are very distressing to read. I am not going to pretend I know why such violence has occurred, and I can’t even begin to comprehend the reasons why. And no astrological aspect explains any of these terrible crimes against such innocent children, and having a Mars-Pluto aspect doesn’t mean that violence will occur. As many times as it has happened, there are probably an equal number of cases where nothing of the sort has presented itself in an individual’s life. 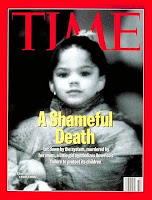 Elisa Izquierdo was a six-year-old Cuban American girl who became a symbol of child abuse in the USA after being beaten to death by her mother Awilda Lopez, a New York City drug addict, in 1995. Her story first made city and then national headlines when it became clear that New York City’s Child Welfare System (now the Administration for Children’s Services) missed many opportunities to intervene with her family and to save her life.

In the media, Elisa was frequently called a modern-day Cinderella because she had been under the protection of a loving father, Gustavo Izquierdo, until his death from cancer on May 26, 1994 (the very day he’d planned to send her to Cuba to protect her from her mother), and had befriended Prince Michael of Greece through her school before coming into her mother’s custody. Her life story became the subject of much speculation in the media, from local tabloids such as the New York Daily News and The New York Post to the cover of Time Magazine. Her story was featured on an August 1996 episode of Dateline NBC. Her funeral drew an estimated 300 mourners.

Astrologically Elisa has a Sun-Mars–Pluto aspect in a T-square and Venus square Pluto. 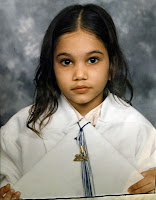 Nixzmary Brown endured torture, and was later learned to have been bound, molested and beaten and killed by her stepfather, César Rodriguez in a spate of rage that began over a cup of yogurt and a broken printer. Her stepfather, quoted in an article published in USA today, called her a “troublemaker”. On the night of Wednesday, January 10, 2006, Rodriguez beat Brown to death. Her mother, Nixzaliz Santiago, ignored Rodriguez as he slammed Brown’s head into a bathtub and doused her with cold water. Both Santiago and Rodriguez were charged with second-degree murder and child endangerment. Rodriguez was convicted on verdict of first-degree manslaughter and other charges, and was sentenced 29 years in prison. Rodriguez and Santiago each accused the other of inflicting the final, fatal blow. The indictment also alleged that Rodriguez abused the little girl for months and smashed her head against a bathtub.

Justina Morales was a young girl from the Bedford-Stuyvesant section of Brooklyn, New York, USA who was killed at the age of eight years by her mother’s boyfriend, Luis Santiago, on New Year’s Eve in 1995. Morales’ body was never found. Her murder case gained notoriety primarily through the New York City newspapers.

Morales’ disappearance had gone unnoticed for more than a year. Teachers and school officials failed to take note of her long absence. In February, 1997, a relative informed the police that Morales had been missing and was possibly killed. The subsequent investigation, similar to those in the deaths of Elisa Izquierdo and Nadine Lockwood in the same time-frame, disclosed shortcomings of the New York City child welfare system.

Justina’s’ Sun is at 0 degrees Pisces (Pisces is a sign of disappearance and is at a critical degree). Mars is in Aries in a wide (11 degrees) opposition to Pluto in Scorpio. Some astrologers would extend oppositions to a 12-degree orb, and she is only 1 degree out from my usual 10-degree orb for oppositions in the natal chart.

Joseph R. Wallace was a two year old boy who was murdered by his mother on April 18, 1993 in their Chicago, Illinois apartment. Joseph’s death gained statewide and then national speculation because he was known to the state’s child welfare system.His mother tied an extension cord around his neck and kicked the stool out from under him.

Joseph was buried with a Sesame Street video by his side. Joseph was removed 3 times from his mother’s home to foster care, only to be returned to his mother’s care because it was believed that it would be in his best interest to be raised with a natural parent, even though each successive time that Joseph was returned to his mother’s house it was clear that he was being physically and emotionally abused, to the extent that his foster parents would notice bald spots on his head from physically pulling out his hair.

Joseph has Sun square Pluto, Venus in Cancer square Pluto and Mars in Taurus opposite Pluto in Scorpio. Though there is some discrepancy with dates, and a couple of sites have him listed as being born in 1989 and Wikipedia are showing 1990. The 1990 chart shows the Mars-Pluto opposition. 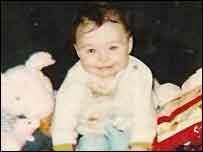 13-month-old Carla-Nicole Bone died after a frenzied attack by her mother’s boyfriend, Sandy McClure. Carla-Nicole endured cruel and sustained abuse in the months leading up to her death. McClure force-fed her, holding her nostrils, and made her stand unsupported for long periods in an attempt to get her to walk. He would scoop up her vomit from her bib and put it back on her plate.

When she died she was covered in bruises to her face, forehead, around her jaw, the left side of her torso and her back. She had suffered a fractured skull and swelling of the brain. McClure had flung Carla-Nicole from wall to wall “like a pendulum”, splitting her skull, because she was unable to keep her balance. McClure was sentenced to life imprisonment for murder. Carla-Nicole’s mother, Andrea Bone, was jailed for three years for failing to protect her daughter (She had later had her conviction over-turned)

Carla has Mars-conjunct Pluto in Sagittarius.