Foreword to book: “This work was written during the war years. It is hoped that it may contain some ideas that are worth preserving and possess novelty, although much that it contains will necessarily be reminiscent of what has appeared in my earlier works.”

The Essays on the Foundation of Astrology by C.E.O Carter presents a somewhat traditional and refreshingly honest view of his understanding of the central meaning of astrology.

Carter stays away from a completely deterministic view of our celestial art; he had an open mind, revealing himself to be willing to take in other ideas, especially in the phrasing of aspects (good and bad). The author enlightens the astrological reader throughout this book with the show of a fresh and illuminating view.

Carter does, however, take a critical viewpoint of skeptical folks that should try to be just as accepting of changes and new discoveries as those interested in astrology. For example, here are some of his thoughts on the discovery of the outer planets. 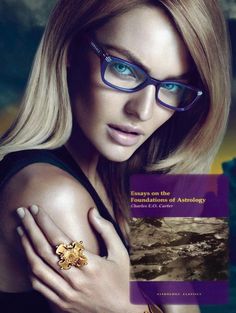 When other planets were discovered astrologers were placed in an awkward position. Some took the stand that there was no reason to believe that the ancient rulerships would remain valid for all time. They might be subject to an evolutionary process. Finally there might be twelve known planets, one for each sign. But the notion that the discovery of the “new” planets had disproved astrology is ridiculous, and, when made by those who have not studied the subject- it is made by none others – it is equally presumptuous. The readiness to receive new factors is rather to the credit of astrologers than to their discredit and it would well be for mankind if all organised bodies of thought had shown a like alacrity to accept new discoveries. It is the misfortune of astrology – if truth in any form can be unfortunate – that even when it has been examined by brilliant intellects it has usually been studied only superficially; and minds normally free from prejudice have apparently forgotten this virtue when they engage upon the subject.

Charles C.E.O Carter was the astrological President during his heyday and much of his work, many small volumes, make for very insightful reading. An examination of Carter’s astrological chart reveals that his freethinking mentality, a mind unafraid to accept anything new, flows freely due to the possession of a natal Mercury (thinking) trine Uranus (free) aspect.

The use of his colorful explanations in this book and balanced view of the planets are a real treat to read. Carter discusses the difficulties a challenged Sun may represent, judging the reactional stimulus to this challenge, the way we respond to energy and the choices we make being an important factor. Thus, these are the main lessons to realize for any student of astrology to fully learn and translate to others. The Sun is the driver at the wheel of the horoscope; the person at the center of the chart, and all of this becomes especially evident when one thinks about the aspect of fate. If we become more conscious of our ingrained behavior and patterns and choose how we respond, our life can genuinely be free.

In the author’s discussion of the planets, he explains the nature and the challenges some planets pose in aspect. Carter believes there are no pure values in each planet and even if Venus is in Libra in the 7th house unaspected, there is still the rest of the horoscope to consider. In his view, there are three degrees of intensity in which a planetary value may appear in the horoscope, and it may be excessive, deficient or normal. The view of good aspects in the natal chart is the ability to swim with the tide. The “bad” aspects make the native out of tune with his surroundings. Another insightful point is to consider his view on how to phrase aspects to astrological clients:

True, those who consult astrologers when in trouble should be prepared to hear the truth, but there are ways and ways of presenting this sometimes disagreeable commodity to persons who are probably already worried and depressed. To tell a consultant that he is faced with a “bad aspect” is likely to impress him with the notion that he is confronted with something that has neither the rime nor reason, but is simply unpleasant, vexatious and perhaps dangerous. To tell him that an approaching aspect is difficult should have quite a different effect. It implies that there will be a job to do or a problem to solve, not just brute disaster ahead. It is a challenge, not a crude threat.

In regards to how much of the actual character is reflected by the houses, Carter confidently explores this issue. Are the houses simply a “backdrop” of the natal chart? Planets in Leo can relate to physical children as much as planets in the 5th house. Carter moves on to the different house systems and discusses his various criticisms and preferences.

The book will help to give anyone a deeper understanding about the nature of the planets and signs.

One of the first lessons that an intelligent student learns is that he cannot classify nativities as good and bad by adding up the number of allegedly benefic and malefic aspects. The problem involves the philosophy of life which any particular individual may adopt. In other words, what does he mean by “good” and “bad”? This we cannot answer for him; but it seems a fact that most of those whom the generality of mankind acclaim as “great” or even as “successful” have mixed figure of birth. Constructive aspects showing their powers of achievement; obstructive formation showing the difficulties they had to surmount in order to win their titles to applause. Very harmonious nativities do not seek to perform deeds of derring-do [action displaying heroic courage]; they are quite happy as they are.

Click here to buy Essays on the Foundations of Astrology