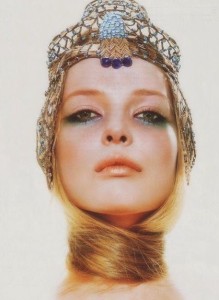 People with Jupiter conjunct, square or opposite Uranus show an incredibly high idealism. Many of them have impossible humanistic ideals, and they’re drawn towards discovery and invention to help manifest their visions. The aspect tends to flow through them in a highly electric way, emphasizing genius. In astrology, this is one the most liberating and freeing contacts to possess. Jupiter rules expansion, travel and higher education. Uranus rules enlightenment, and the realm of the greater consciousness, along with original self-expression.

When Jupiter meets Uranus on the birth chart, it symbolizes a strong thirst for knowledge and a love of adventure, along with the urge to explore new avenues. It’s an aspect associated with a sudden growth in learning. Many times there are surprising revelations sent to them. Uranus is the planet of acceleration, and it speeds development and learning, particularly in the Jupiterian areas of metaphysics, cosmology, spirituality, religion, and the occult. Any area that is progressive, scientific and forward moving. With a strong aspect between Jupiter and Uranus, it can make them receivers of  flashes of intuitive realizations, and this also means they are greatly attracted to anything that holds the key to the meaning of our existence. For the most part, it involves them in the discarding of old ways of thinking and leads to the expansion of their horizons.

[su_note note_color=”#ffffff” radius=”7″]Stephen Forrest described Jupiter and Uranus, when together, as unstoppable. The author further noted that such people can count on an exciting vision and a happy cross-fertilization of their hopes and creative ingenuity. Such an aspect can be filled with infinite optimism, and whatever field is chosen is given a fresh perspective and an element of wizardry because of this abundance of creative juice. The word impossible does not exist in the vocabulary of those with this contact. However, one thing is for certain, they don’t lack insight. Jupiter-Uranus can have an impractical nature, though, as it’s difficult to ground. And it may not always sit comfortably with the reality of life. The need for experimentation is powerful; they have masses of enthusiasm, especially for the future. Often there are exciting visions, even if unrealistic. Yet, sometimes, these intuitive hunches are reliable and brilliant and turn out to be incredibly accurate. Many of them are great prophets of the future and can glimpse upcoming trends and have a nose for what ideas will catch fire and glimpse what the future holds.[/su_note]

Another thing associated with Jupiter-Uranus is freedom, and it can imply the breaking away from anything that is confining, limiting and keeps them boxed into a corner. Anyone with this contact often abhors restraint, hates restrictive and laborious situations. They need to explore their beliefs to help them achieve growth and expression; they could possibly find themselves rebelling against certain religions, faiths, and creeds especially if they impose upon their vision of the world. It may lead to problems with institutions and with the church or the government. These types could be involved in social reform; the need for change is felt strong, and they’re often dissatisfied with the status quo. On the other hand, there is an open-minded approach, which is life-enhancing, and it embraces all kinds of unique views.

[su_note note_color=”#ffffff” radius=”7″]The natures of these types can be impulsive at times, even reckless. There is a restlessness in their personalities, eccentricity, and willfulness; they can take their hunches too far and risk everything. It can also manifest as a strong streak of independence and originality, adding a strong flavor of rebelliousness. In some area of life, there is a need to rebel or, at least, tread new ground, refusing to follow in the footsteps of others and always searching for the new. Such people are enthusiastic to share fresh knowledge, and they could be attracted to new-age philosophies. Jupiter-Uranus types may hold unusual personal beliefs; they believe that the truth is more cosmic and universal and that we should really look as far out as possible to find our answers.[/su_note]

Many times, new opportunities reveal themselves and with the chance of significant breakthroughs. Jupiter-Uranus people may invent something new or market something entirely different. There can also be sudden windfalls, strokes of luck and beneficial new friendships continually entering their lives. Lucky opportunities are always flying in their vicinity. Doris Hebel said that this is a proverbial lucky contact, and they have been known to total a car and walk away without a scratch. Adding, that in the greater sense of danger this Jupiter/Uranus forcefield is going to be of assistance. How exaggerated or accurate this claim is, well, only these natives can answer such declarations.  Still, this is a great connection for helping these types get out of  a rut, and like the sea parting, it can feel like a miracle of God.