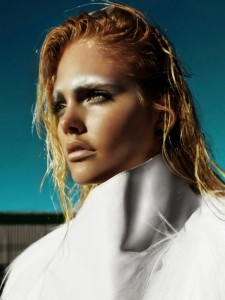 Jupiter is a great expansive energy and when it contacts another planet it expands the body of the archetype. The conjunction in astrology is a potent aspect by itself, but the meeting of Jupiter and Uranus occurs at a cardinal degree (0) which is said to be critical. The predictions for this pairing aligning in the sky are exhaustive, but we know something significant will happen and astrologers are predicting a scientific breakthrough of some kind at this juncture.

On a personal level, the transit coincides with freedom, new possibilities, and an exciting sense of what the future could hold. It foretells a phase of good fortune, windfalls, and new friendship. The spirit of rebelliousness beckons and a brand new futuristic worldview. In Mythology, Prometheus/Uranus stole fire from Zeus/Jupiter to give to mankind and was punished by Zeus for his willfulness. Each time these two come together the myth is reenacted and we advance towards a more “god-like” position. However, with great discoveries and enhanced knowledge, we must handle them with even greater responsibility.

Astrologer Liz Greene, and leading expert in psychology astrology and a person who has benefited the subject greatly and has brought new and fresh insights, was introduced to this art during a transit of Jupiter-Uranus which formed a conjunction in Gemini in the 7th house. After a meeting with astrologer Mrs. Hickey, was urged to explore astrology further.

In 1969, the first Moon landing occurred during a Jupiter-Uranus conjunction in Libra (0 degrees). Jupiter is the largest body in the solar system and its expansive nature governs large adventures. Uranus rules science, astrology, progressive movements, outer-space and futuristic inventions. Therefore, “One giant leap (Jupiter) for man, one giant leap for mankind” (Uranus) really does capture the essence of the time. According to astrologer Barbara Goldsmith, “these are times when some kind of significant breakthrough happens for the world.”

1983, Jupiter-Uranus formed a conjunction in Sagittarius that coincided with the first woman to travel into space, and the first African-American entered the solar system later that year. The final episode of M*A*S*H was the most-watched episode. It appears that we all gather around our television sets during these planetary movements. T.V is the universal medium and transmits to a large mass of people.

Amidst the Jupiter/Uranus conjunction in Aquarius in 1997, it was announced that the first sheep had been successfully cloned. The first-ever space burial occurred on April the 21st of that year. Pegasus carried the remains of 24 people to the stars, and may they rest in space (bad joke). Princess Diana died in August, and the funeral was another massive television event with 2 billion people tuning in to watch. The birth of another set of septuplets happened in November and was the first case that all survived past infancy.

A space exploration into new territory and discovering something new about space. Plenty of political excitement and new leader/new reform. Some kind of knowledge that leads to a breakthrough in science, astrology, astronomy, and in all types of technology. In fact, all Uranus-related subjects will do well and a broadcast on television with LARGE ratings.

A new law could bring freedom for parts of society and new developments in religion and all types of higher education. The universe-ty of life can feel more abundant now if you have natal planets plugging into this transit. The Internet could show growth with futuristic-looking computers that are faster and with the latest new technology. Sports should do exceptionally well at this time and a world record could be broken.

Here are some of the events that happened: These 20 Events FRom 2010 Will Make You Feel So Old

Maybe the best thing to come from the Jupiter-Uranus conjunction was the birth of the boy band One Direction. It seemed anything formed at the time helped create massive success.