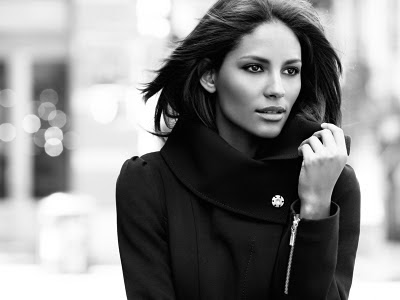 The person with the Sun in the 10th house wants success and recognition in their chosen vocation, and fulfillment in life can only come from taking up the challenge of making their mark in the world. The Sun in this position desires to become socially influential and advance towards public recognition. The career, reputation, and public image are very important, and there is considerable ambition. With such a “high focus” this works as a powerful push to drive them into making the maximum use of their talents to achieve success. They have a strong desire to be influential, as well as needing to feel they have risen above the background into which they were born. Leaving behind some permanent contribution will earn them respect and recognition from their colleagues if not from a larger public.

The Sun in the 10th house person may find it difficult being in the role of employee and would rather become a leader, rising to positions of authority, supervisory, and management levels. As a rule, the 10th house governs vocation and calling, fame and honor. It rules all authority figures and the things that shape one into a self-sufficient and functioning adult. The highest point in the natal chart represents the end aim of the material houses (2nd, 6th, and 10th houses). Ultimately, there is the desire for validation from a circle wider than their personal influence, and such types will not hide behind the light of others.

The challenge for this person is to find their place in the world and make a significant contribution; there is also a powerful desire to serve the collective through expressing individual gifts. A strong determination to succeed and a powerful identity with the career often means they feel destined that there is something important and meaningful to do which can contribute to improving, at least, a little corner of the world. Eventually establishing something in the outer reality, it bears the mark of their essence. The more energy they can put into building a career that can earn them a place in the public spotlight, the more it will satisfy their inner sense of a unique purpose in life.

The 10th house also rules one’s reputation and how authority is perceived, parents, or bosses. This house returns the individual to the authority figures of their childhood, and the things shaping this house usually rules the parent who shaped us the most, but it also represents one’s own ability to establish themselves in a chosen vocation. This sphere is our ultimate aims, ambitions, goals, and objectives, and also includes all those people who are further up the ladder. The Sun here, in other words, has its own task to achieve, and that is finding its place in the world. Until it is discovered,  there is no real meaning or purpose in life. The only way to find their unique destiny is by following their heart and finding a suitable outlet for such great ambition, drive, and motivation for public success.

Either way, with your Sun committed to the goldfish bowl of the 10th House, you’ll find that you just can’t avoid the spotlight of success whenever you’re out there really trying to earn it. Nor, for that matter, can you escape the white-hot notoriety of public scrutiny whenever you’re not trying. After all, you did come into a world that was universally prepared to expect great things of you, a world that, as far as you’re concerned, seems to be constantly waiting for you to accomplish something, while never letting you get away with anything. Cosmic Karma: Understanding Your Contract with the Universe