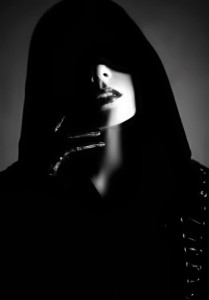 With Pluto’s transit into Capricorn in 2008, it appears to have ushered in a new wave of popularity for those bloodsucking creatures, mythical demons – vampires. With True Blood, Vampire Diaries and the Twilight Sagas, vampires have never been so sexy. Astrologers predicted that with the onset of Pluto in Capricorn, it would usher in a new world order, and governments would be overthrown. We did see the first black (Pluto) government ruler (Capricorn) in America with Pluto’s entry into the authoritative, traditional and public sign of Capricorn.

Capricorn is the sign of age and Vampires rule immortality and the popularity of vampires has been linked with sexuality and being faced with our own mortality. Jeff Green refers to Pluto’s transit in Capricorn as an entire chapter or evolutionary development which has come to a close and a new one has begun. Natally the horoscope chart of America has Pluto in Capricorn at 27 degrees. Pluto was transiting in Capricorn in 1762 until 1777/8. And Jeff Green believes that America will suffer a “fall from grace” and will not be the world power that it is today and it will be one nation among many.

Vampires rule all things Plutonian, and these nightwalkers/stalkers struggle with compulsions and dark desires. Scorpion’s are famous for their penetrating stare, black is their favourite colour, and it would seem that Vampires have reached a new social power in the world. Although they are only mythical creatures, I feel that the qualities they represent, deal with society’s own compulsions and need for transformation and change. So these profound images serve more purpose than merely entertainment. There is a strange synchronicity at work underneath it all. Perhaps it even has us questioning our own mortality and according to Jeff Green, we become more aware of the time span in which to fulfill our destinies.

“The Rise and fall of nations, seasonal change, and the evolving nature and the necessary reflection, allows for structural change. This change will occur with respect to that which is outmoded or crystallized so that growth at any level of reality can occur” By Jeff Green