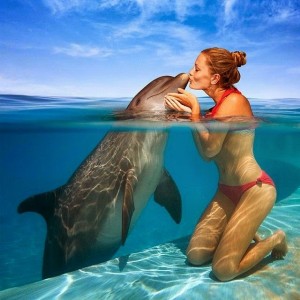 The Nostradamus prediction interpreted by Liz Greene and Peter Lorie is thought to possibly mean communication with dolphins.

“When the animal domesticated by man after great pains and jumps will come to speak: the lightning (Sun) will be harmful to the virgin (Virgo), taken from earth and suspended in the air.”  By Nostradamus 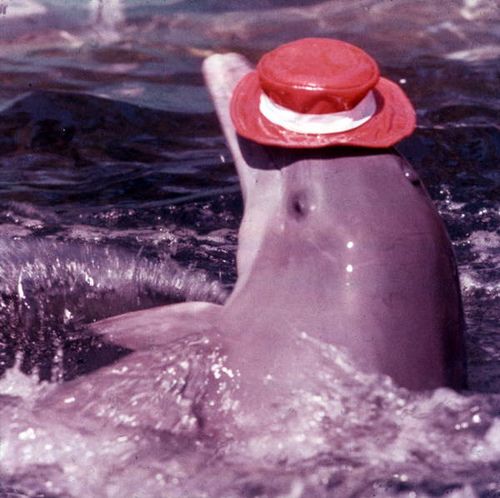 “Here we find something that, on the face of it, might take first prize for “weirdness.” Nostradamus is telling us about an animal that mankind has domesticated: a dog, cat, horse? But he elucidates further by emphasising the animal has suffered “great pains and leaps” before it comes to speak…One of the animals that fits this characteristic is the monkey, and monkeys have far greater instance of intelligence than any other animal, except perhaps for one – the dolphin…They are very loving creatures that follow commands and requests from us in a way that others do not. They also jump, and unlike other sea creatures of the sea, they are mammals and could therefore be termed “animals,” domesticated by man.”

The reference to “lightening” and the “virgin” has some astrological significance, thus giving us the timing for this change in relationship, though some interpreters have inferred that it is more likely concerned with electricity, particularly suspended in air.” By Nostradamus & the Millenium Beyond

The author didn’t expand on when this astrological timing would be. I personally would like to see such a development under the transit of Neptune in Pisces, for this is the sign connected to dolphins. Apparently in the development of dolphins’ communication, they can whistle one another’s name; they are very friendly and social mammals. However, I really don’t know if we will jump leaps and bounds in terms of communication with animals anytime soon, but I will keep an open mind to the possibility of it happening.