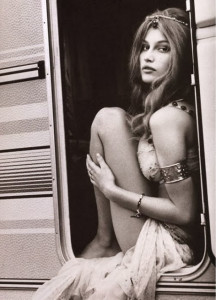 After looking back through old posts and coming across one about the transits/ significant changes in a person’s life and thinking more about the ten to twenty major events that occur in an individual’s lifespan. I decided to look more at our changing lives and fortunes.

Jupiter and Pluto have a lot to say about our changing fortunes, and even Saturn is said to be an indicator of limitations and ‘bad luck’. Saturn is also a signification for a time in our lives when we make permanent and rewarding changes, and we make an attempt to create greater security. Jupiter in astrology means wealth, luck and growth, and Pluto also means wealth (usually hidden), evolution, and far-reaching changes. Pluto also relates to bankruptcy, and this can be on a material, emotional or physical level, representing a time where we feel losses of all kinds.

So it’s time for a pop quiz to assess the changing fortunes of these two lucky and unlucky individuals. Here are the charts below, and one belongs to a missing person presumed dead after crashing her car into a snow bank on a highway. The reason for her disappearance is confusing, mystifying, and remains unsolved. The lady in question had a good education, family, friends and boyfriend. The day she went missing she emailed her teachers to say she had family troubles, and would be away for a few days, and then went off to withdraw funds from her account for the trip.

Chart one is the lottery winner, and at the time of finding the winning ticket, transiting Jupiter (luck, opportunity, blessing) was conjunct her natal Ascendant, and beginning a transit to her natal Moon in Cancer. We can feel (Moon) luckier and there is an emotionally wealthy and abundant feeling under these transits. We feel that our personal life improves, and sometimes there is a sense of personal riches. We are usually in a good and generous mood, and our domestic life feels pleasant. Transiting Jupiter also formed a square to natal Pluto and this is an aspect I would associate with fortunes swinging significantly. It can indicate major losses or gains and there was some trouble and conflict connected with winning such a large amount of money (Jupiter-Pluto). I mentioned in a previous post that Jupiter-Pluto transits may also bring legal (Jupiter) trouble (Pluto).

Transiting Jupiter was still in orb and trine to natal Uranus, and this is another signification of fortunes changing for the better, and can indicate sudden (Uranus) windfalls (Jupiter). Transiting Saturn trined Pluto and this can signify a period of resourcefulness, self-control, and sustained regenerative ability. Natally we might also consider Jupiter at the 29th degree of Taurus (critical degree) in this lady’s natal chart conjunct the part of fortune. Astrologer Carol Rushman says this on the critical degrees of Taurus.

“I have seen millionaires with planets at 27, 28, 29 in all of the signs, but most often they are in earth or water signs. I have seen 29 Taurus or Scorpio also indicate bankruptcy. These two signs can go to either extreme, great wealth or financial disaster.”

Transiting Uranus at 28 degrees was also squaring Jupiter and the part of fortune when her financial fortunes changed.

Chart Two is the horoscope of the missing woman, at the time of her disappearance she had transiting Jupiter trine the Sun in Taurus and in the house of money (2nd) and this could be viewed as a time of material gain, luck in life, and opportunity, so this one aspect may have thrown you in the analysis of the two charts. The lady did draw out some funds from her bank and took some possessions with her on the trip.

However, there were some difficult transits at play, and transiting Saturn was square to her Moon-Mars conjunction. Mars-Saturn is often found in transit with car delays, serious accidents, violence, or times of enormous frustration, depression, and a feeling of being restricted and blocked. An individual under such a transit may feel overstressed and burdened by too much responsibility. Transiting Uranus square Mercury can show rebellious thinking, disrupted journeys, and sudden changes in our plans. Transiting Neptune is in the 12th house of confusion, strange happenings and weird events in an exact square to her Sun (self). Neptune transits represent confusing times in our lives, and also rules strange disappearances. The lady was definitely entering a “nebulous period”, and you can read more about Sun-Neptune Transits in this post.

Transiting Pluto is also forming a conjunction to the mid-heaven revealing a major change in life direction, and it was approaching a square to natal Venus in Pisces rising, signifying change in her personal values, relationships and fortunes (Venus the lesser benific). Natally she has a full 7th house with Saturn-Pluto in the 7th and Jupiter-Pluto conjunct there as well, and this represents her changing fortunes and struggles in relationships and meetings with others in general.