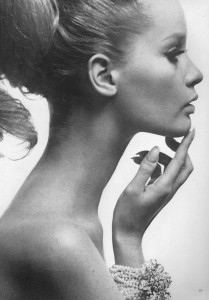 Those with Mercury in the 1st house have a powerful need for self-expression through communication, and they convey a searching and investigative attitude to life. We often find that they are intensely curious and inquiring about everybody and everything. The medium of language is especially central in their world, and with their keen observations and opinions, much of their time is spent engaged in the sphere of the mind. The person may be extremely verbal or chatty (depending on Mercury’s sign and aspects) and they can be viewed as someone who is remarkably clever. Other astrologers have described Mercury in this position as having a ‘mental face’ and this is probably in the way they present themselves to others – often by being overly logic or analytical. More than anybody else they understand that there is a bridge between the inner and outer reality and they often act as a guide for others enabling them to travel into the depths of the psyche. Mercury in the astrological chart represents the part of the personality that is capable of perceiving and can take in an enormous amount of information and perceive things from all angles.

The whole intellectual profile is immediately noticed by others in their environment. Furthermore, their Mercury style colors the outlook on life significantly and should be taken into great consideration. Astrologer Lyn Birkbeck says:

Mercury here is known for what you say and how you say it.

The Medieval alchemists gave the utmost precedence to Mercury bestowing upon it the divine principle of the world. The swift planet was seen as the ideal alchemical god and was said to be associated with the metal quicksilver which was thought to be the most fascinating. There may be a chameleon quality in the personality, and this is because Mercury is neutral and registers the traits of whatever it meets. The planet is famed for its dual nature, hermaphrodite, male and female qualities, and has often been termed the odd one out in the planetary system.

Mercurial people, too, are paradoxical and similar to the metal in many ways. Fluid, adaptable, and changeable, they respond easily and quickly to the changes in the social climate around them. They can appear quite sensitive and responsive to other people, yet it is a very different kind of sensitivity that you find in the water signs. Mercurial sensitivity consists mainly of perceiving and comprehending things with the intellect rather than with the emotions, which mercurial people tend to run away from in all directions rather than face. An Astrological Guide to Self-Awareness

Mercury in the 1st house also represents a youthful quality about the individual and somebody that enjoys learning and, in some cases, relates well to younger people and will tend to be bright in expression and talk with their arms and hands a lot. In fact, they tend to learn a great deal about many people as they are always interested in life. The person likes to be well-informed, and in the know, and others have to learn to keep up with their abundant mental energy. There is usually a pronounced need to talk often and write about what is happening in their lives. Moreover, they might enjoy collecting data, ideas, and opinions, acting as a spokesperson or representative on the behalf of others. Similarly, they can be found as educators, postal workers, transporters, acting as an agent, a go-between; the mediator of ideas and people by playing the role of divine messengers.

The individual with Mercury in this position often wants to be seen as an intellectual, or someone who is gifted with words, and articulate. Usually, they are skilled at making connections, connecting one point to another and can often be seen to be mobile in the body. Alan Oken described this placement as always “on the go.” The person may also be involved in communication on a daily basis, writing, public speaking, and can be quite knowledgeable.

The first house rules the persona and how we are viewed by others, and it also shows early childhood. With Mercury here, it can sometimes reveal issues with early schooling and sibling relationships. The personality may be fidgety or nervous or they can be mentally quick and fascinated by any activity that involves the intellect. The type will often come across as being extremely analytic. Many are drawn towards therapy and one-to-one counseling, any kind of work that involves verbal exchange and striking conversations with others, providing a channel for their mental gifts, for they are usually quite quick at assessing the thoughts of others, with a true talent for observing everything around them.