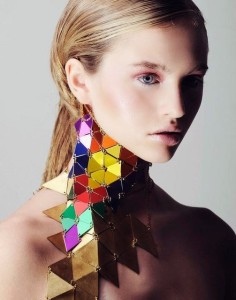 In 1781, the self-taught British astronomer Sir William Frederick Herschel discovered the planet Uranus, the first to be discovered for centuries. It’s thought to usher in the New Age and a wave of progressive developments, propelling us to further heights of realization. In astrology, Uranus rules geometry and there seems to be a design throughout nature, it also symbolic of futuristic colours, electricity, television transmission, cosmic rays, outer space, telepathy and astrophysics. Moreover, its nature is dazzlingly intuitive and its realm is often an abstract one. It is en masse revealing conceptual patterns and is often prominent in the charts of scientists for it works fantastically in the realm of the intellect. Marie Curie called science the most sublime manifestation of the human spirit and a perfect tool to aid humanity. Uranus is also often found in the charts of technology experts, computer analysts and on the occult side – astrologers. For the most part, it seems to electrify the mind and ideas suddenly spring forth out of nowhere and it also reveals a universal blueprint. Uranus is the ‘Aha experience’ which was coined by Gestalt psychologists to indicate the euphoria which follows the moment of clarity, the flash of illumination when the puzzle clicks into place. That insightful second when we understand and internalize; when the truth is realized, and it takes us one step further.

Uranus knocks us out of the complacent and helps us see all the different dimensions of our world. The electric planet embraces ultra-high technology, calculators, artificial intelligence and cyber culture. In this realm, we can transcend archaic bodies and emerge into circuitry and feel a new sense of freedom. The Uranian aspect of our existence is an important part of human nature as life must contain some risks and it often represents the boldest exercise in imagination. But it can also be a paradox, intellectually cold. and an alien, risky place. At the same time, it is associated with rebelliousness and nonconformity and it must stay true to the unique seeds of our being, demanding freedom from anything which attempts to uniform, label and box its need for unique expression. It seems to revolt against sameness and anything which creates boundaries. Uranus is light behind much of creation, and in Jungian astrology is related to the puer aeternus – the eternal youth opposite to the senex figure, or the old man Saturn. In fact, it overthrows the old in favour of the new and progressive and questions the status qua,

In the natal chart, the position of Uranus and aspects will point to anything from eccentricity and rebelliousness, genius to heightened awareness, a higher state of consciousness. Uranus is also known as the Great Awakener and it attempts to raise energies into a higher dimension of understanding and manifestation. However, this burst of energy can come through erratically and act willfully, generating great excitement and people are not always ready to receive its dose of illumination. When Uranus transits the natal chart it rules breakthroughs, life turns, an unrealized potential to be explored. However, it can also create upheaval, stress, disruption, tension and an inability to relax.

When an individual is ready for Uranus, then exciting things begin to open up in the psyche and an extraordinary connection is made to reality, perceiving a greater order behind everything; it perceives things behind nature. The etheric body and aura are also thought to be under its rulership, governing the energy around all beings and it symbolizes a highly charged force which connects us to a level which is beyond all logical understanding. As a collective planet, it seems to plug directly into the universal source of knowledge or inspiration.