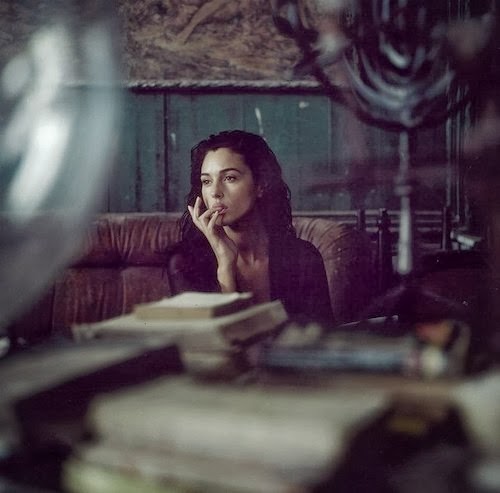 Copycat is another of my favourite movies of all time. The main character of the movie is Dr. Helen Hudson, a seasoned criminologist who is played by Sigourney Weaver. One of her former students, Cullum, found her in the bathroom after she gave a talk at a nearby university. He goes into the toilet and hides there while he waits for the Doctor to come in. The murderer takes her hostage and then kills a police officer at the scene of the crime. Helen is in a lot of pain because he beats her up so badly. After the attack, she gets very afraid to leave her apartment and stays locked up in it. It looks like the shadowy underworld has no intention of leaving her alone. Helen feels like she has to help find the copycat killer who is on the run and killing a lot of people.

This film’s Saturn-Pluto angle is intriguing, and it’s there in a number of ways. Helen has spent her entire life studying criminals in an effort to comprehend their motivations. The doctor went into hiding and shut herself inside her apartment when Pluto (the underworld) became too close to her everyday life (Saturn). The once-confident psychotherapist had withdrawn from society, living as a hermit. Both of these planets are to blame for all manner of irrational fears and restraints; they may even be linked to panic attacks.

The fear that arises from an unknowable and uncontrollable external source is a hallmark of a Saturn-Pluto aspect. This energy takes the form of a panic attack in response to a frightful or frightening stimulus (Pluto). Saturn is the astrological symbol for a secure, stable, and familiar environment. The fundamental principles of Pluto are still a mystery, and that makes them harmful and destructive. The fear of being taken over by unseen powers may indicate an extremely strong need for security (Saturn). This natal aspect makes it possible for some people to work as security guards.One can easily see the two giants working together to make sure nothing goes unnoticed and even to keep trouble out.

Our Psychologist tried to put a label on Pluto, so we know that anything she tried to define is safe and may be used as a shield (Saturn).  Saturn in aspect to Pluto indicates a strong mistrust of those in authoritative positions, and when these planets are in difficult aspects to one another, it can cause a situation to become frozen solid. Nevertheless, it is not impossible for the individual to hold authoritative positions and the powerful sword on their own. It is common for both planets to represent a strong need to dominate and control others, and this is especially true when they are in conjunction with one another.

Having this trait, according to Liz Greene, makes a person both Hitler and the scapegoat who is unfairly blamed for everyone else’s problems. Helen Hudson tried to keep Pluto out of her head, but he was able to break through her defences. This is because we can’t shield ourselves from any part of nature, including the unpleasant parts. The author also says that Saturn is considerably more approachable on an individual level, but Pluto is so intimidating that the natural reaction is to retreat within in an effort to shield oneself from Pluto. In the strict sense, there is nothing “wrong” with doing so. It is something that has to be done and will be done. But it is not necessarily the best to do. The aspect will resolve itself eventually or itself out through other psychological ways.