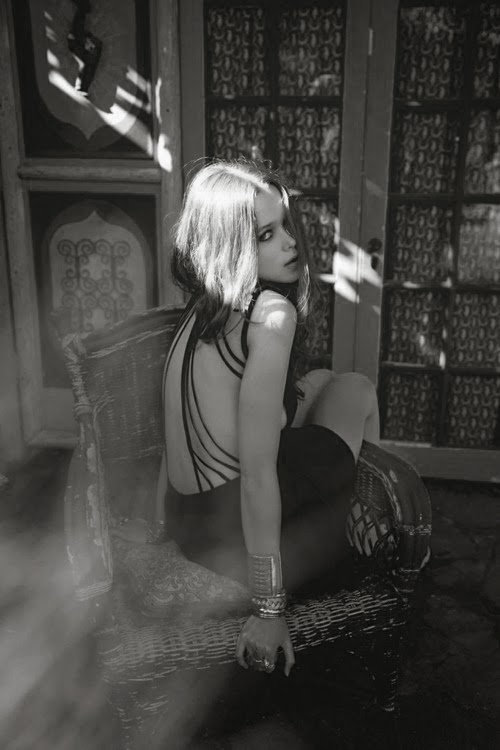 I would “highly suggest” watching Stir of Echoes if you are looking for a good movie to watch. The astrological book Neptune and the Quest for Redemption is a great guide for a number of the astrological ideas that are presented in the film. It should come as no surprise that Neptune is involved, as is the planet’s connection to the supernatural, “psychism,” and the spiritual dimension of existence. Hypnosis is related to the process of opening one’s mind to a profound psychic experience, and its roots can be traced back to the unconscious regions of the birth chart where the influence of Neptunian energy is found.

Tom Witzky, played by Kevin Baker, is a phone lineman who has a healthy dose of scepticism toward anything that is unusual or cannot be explained. Tom issues a challenge to his sister-in-law, asking her to hypnotise him, and after she succeeds, she makes a post-hypnotic suggestion that he become more “open-minded” as a result of the experience. This, on the other hand, throws open the floodgates to his latent psychic power, which is then released in full force. Tom begins to experience hauntings in which he is visited by the spirit of a young woman who, through these encounters, is attempting to have a conversation with him. The truth of the matter is eventually revealed, and it turns out that the young girl who came to meet him had a mental disability. She was naive and innocent, and she was brutally murdered.

The term Hypnosis (from Hypnos, the Greek god of sleep) was coined by the Scottish physician James Braid during the 1840s, coincident with the actual discovery of the planet Neptune. The discovery of this gateway into the unconscious, which had such profound ramifications for psychology, psychiatry, medicine, and spiritualism in the centuries which followed, is a fascinating one. It is useful to examine certain aspects of the phenomena of hypnosis. Sometimes it seems that the Neptune-dominated personality walks about in a state of perpetual semi-hypnosis, terrifyingly suggestible to just about anything passing by. Hypnotists generally agree that certain types of people are extremely difficult to hypnotise. The psychotic, the drunk, and the drug addict may pose insurmountable problems because hypnotic trance requires a relinquishing of ego control to the hypnotists, and in the three conditions mentioned above, there is no ego left to give away. In contrast the hyper rational temperament is equally difficult to hypnotise, although this is due largely to extreme defensiveness rather than lack of suggestibility. The Astrological Neptune and the Quest for Redemption

When in a hypnotic state, subjects have a greater tendency to respond favourably to suggestions. In addition, the hypnotic state can be utilised to treat phobias, pain, and a variety of other medical conditions. It is even possible to use it as a mild anaesthetic, which would make it possible for a person who is under the influence of it to be pricked with needles without feeling a thing. The hypnotist may even be able to trick the senses into believing that they are experiencing itching, burning, or some other form of discomfort associated with their physical state.

People who have a prominent Neptune in their natal chart, as well as Neptune aspecting one of the luminaries (the Sun or the Moon), or who have Neptune located on an angle, are more open to having psychic experiences, as stated by Liz Greene.

The worship of ancestors was the beginning of the widespread practise of believing in spirits (12th house). It is believed to have some connection to the afterlife. During the Neptune-Pluto conjunction in Gemini in 1897, the spiritualist movement reached its zenith, with more than 8 million adherents. Psychics are typically referred to as “Sensitives” because they have the ability to perceive things that are hidden from the conscious mind and the rational mind respectively. The spectral sequences in Stir of Echoes are portrayed exceptionally well on screen, and they have connections to a few of the astrological ideas that are associated with Neptune.

The movie, on the other hand, makes the mistake of incorrectly claiming that Albert Einstein was a Gemini. This is not the case. This remarkable individual was born under the astrological sign of Pisces, also known as the Fishes, as is common knowledge. It irritates me every time I hear it or see it that it is said. Where was the fact checker when we needed them, but if the picture was inspired by Neptune, then what exactly is the truth to begin with?

The hyperrational temperament is equally difficult to hypnotize, although this is die largely to extreme defensiveness rather than a lack of suggestibility. The suggestibility is unconscious and, and may be called out in other life situations. The depth of the hypnotic trance is measured by certain characteristic response. The “hypnoidal” state refers to a feeling of relaxation and drowsiness, perhaps with some fluttering of the eyelids. A light hypnotic trance is reflected by partial catalepsy – in other words, the subject can be instructed to experience unusual rigidity in various groups of muscles such as eyelids and limbs, accompanied by slow, deep breathing and a feeling of detachment or floating. At this point the state of “rapport” between hypnosis and subject comes strongly into play. In the medium trance, partial amnesia and anesthesia can be induced by the hypnotist; tactile illusions such as itching, burring, or a particular taste or smell will be accepted by the subject as real. In the deep trance, which Charcot believed to be concomitant to the hysterical personality, the subject can open his or her eyes, although the pupils will be dilated and staring, and hyperacute perceptions can be achieved. Sometimes clairvoyant or telepathic phenomena occur. Complete amnesia and anesthesia can also be induced, and quite bizarre posthypnotic suggestions will be obediently followed. Even more extraordinary, the subject can be instructed to gain control of the organic bodily functions such as heartbeat, blood pressure and digestion. Blisters can be raised on the skin, and apparently intractable physical symptoms such as lifelong psoriasis can be alleviated – implying that such symptoms are hysterical in the first place. Lost memories from every stage of life can be hauled out form the watery depths, hallucination’s occur by suggestion, and all spontaneous activity is inhibited to the absolute control of the hypnosis.