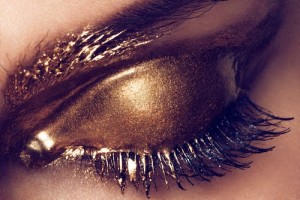 The Sun conjunct Neptune aspect – Carter said this on the aspect: “this is the most common aspect in the charts of astrologers, especially those involved in the art of predictive astrology. The author also says that whatever subject interests the native, there is usually a life-long devotion.” I thought this quote was rather eerie because Carol Rushman, who is the author of The Art of Predictive Astrology has an exact Sun-Neptune conjunction in Virgo in her 8th house.

Carol Rushman may not have read Carter’s aspect book, but she does appear to have a life-long devotion to the art of predictive astrology.

“In thirty years of working as a professional astrologer, I find that the predictive part of astrology is by far the most exciting. There was a time when predictive astrology was not the thing to do. It was the 1970s and astrologers were using their expertise strictly as a psychological tool…Astrology’s insight into the future is part of the intrigue and mystery that draws people to it. The most popular astrologers with great followings know how to make accurate predictions. When you are new to astrology there is nothing like making your first prediction. I can remember it very clearly. I told a friend who was waiting to hear from a lover (she had not heard from him for five weeks) that word would come Thursday. When she called me that Thursday evening, I don’t know which one of us was more amazed. He had called. There was no thrill quite like it. That was over thirty years ago.” The Art of Predictive Astrology: Forecasting Your Life Events

I wonder if this talent at making accurate predictions makes people in awe and inspired, and they fall into some kind of an idealization of these astrologers. It probably would clothe them in the mysteries of Neptune, and others would believe they had some special gift or power. In astrology, Neptune rules intuitions, visions, and dreams.

The Neptune astrologer would have more of a glamorous image and their clients would be attracted to them. It’s like the person has some special link to some kind of oracle (Sun God, Apollo) to be able to predict the future. When transiting Neptune conjuncts my natal Sun in Pisces, I will open a fortune-telling stall and set up my astrology chart readings. I should make a killing at this time! I am only joking, but I can see how some people easily idolize Neptunian astrologers.