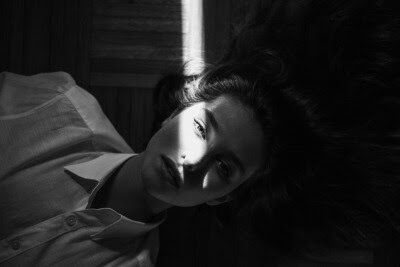 Saturn and Pluto are two planets that have a lot do to with our shadow material, and their placements in our natal chart reveal a lot about what we keep repressed, hidden, inhibited and bottled up. Liz Greene believes that anything which casts light also casts a Shadow. Saturn and Pluto are both associated with death, depression, self-destruction and loss. Obviously dealing with terms like shadow material, ego, and self, are all very Jungian expressions. Jungian astrology and, indeed, psychological astrology deal with the horoscope in a completely different way. Human beings have the capacity to throw all sorts of the Self out into the environment, and we use the term ‘projection’ to describe energies we do not always recognize within ourselves.

Saturn is often linked with ‘bad luck’, fear of the future, and it leaves us terribly frightened of taking any sort of ‘risk’ in life which may leave us feeling nothing but humiliated. We astrologers will use some nice platitudes when discussing Saturn by calling him the ‘great teacher’ and taskmaster, or the ‘wise one’. Saying, in the years to come, much further down the line, he will actually be the teacher that we most respect, though, not the one we necessarily like the most. Saturn will structure our life and holds the key to our real sense of freedom. Saturn and Pluto can fear the future and some folks feel such a high anxiety so much so that they suffocate the present.

The shadow material contains everything that the ego refuses to develop. Robert Bly talked a lot about this in A Little Book on the Human Shadow

he saw the shadow as a bag that we carry around with us stuffed with all the parts of our personality that our parent’s/caretakers found undesirable and unacceptable, so rejected. Bly believes it’s not until we get to 35-40 years or so before we start taking things out of the bag. Our shadow represents the parts of ourselves that we feel are too unattractive, awkward and unformed to show the world, so we shut them away in a dark cupboard. It’s a very curious thing our shadow, and it’s also prone to compensation. Saturn in astrology represents the part of our life where we might try super hard to show how capable we are, and how self-confident we feel, even if on the inside there is this awkward feeling of being completely inadequate.

We can also examine Saturn in relation to projection in the astrology chart. Take, for instance, Saturn through the elements and houses of the horoscope. Saturn in the air signs/air houses may have insecurities about their intellectual abilities, and project these fears onto other people showing a strong dislike for those who are smart, or even scatterbrains. Some with Saturn in the fire signs/fire houses may lack self-confidence and suppress their individuality, feeling resentful of those people who are ‘loud’ or show off; they have no problem with being an individual.

We usually associate Pluto with growth, change and – transformation. Transformation is a BIG word to throw about lightly. From my personal experience, this is something which is very hard to achieve, and not something that happens overnight. As much as Pluto rules change in our horoscope, it also represents the part of our personality that is blocked. Pluto’s placement in our chart is where we are frightened to let go, and where we have a terrible fear of loss in any part of our lives involving this sphere of life. The mother of all fears regarding Pluto is abandonment.

Pluto is known as the house-cleaner of the zodiac and is quite ruthless about what needs to go. In the Astrology of Fate

, this planet is said to have ‘absolute knowledge’ of what we need for individual growth. Though it might not be something we would willingly choose in our life. The essence of Pluto involves everything that is hidden, unseen, invisible and entails the recognizing of our own darkness, apparent destructiveness which is a frightening thing to face. With shadows people can accommodate both light and dark, one person can be the most caring, wonderful individual and there can also be a darker side that shows through revealing a more telling clue about human nature. In the end, Saturn and Pluto are about growing pains and symbolize many of our greatest struggles in life.