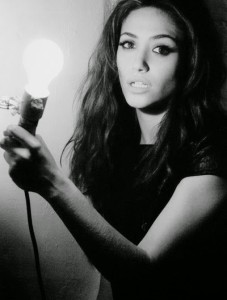 A few individuals are born with remarkable intellect and possess human knowledge as profoundly as Einstein. Heralded as a great genius of our time he revealed the secrets of the Universe and brought a breadth of understanding that changed our whole perception of the world.

Though, even for all of his lifetime achievements, there was one particular year that stood out as being the miracle year of Einstein when most of his greatest works were published.

1905 was called Einstein’s ‘Miracle Year ‘with dazzling discoveries he was said to have revolutionized science producing 4 papers that changed what we know about the world. The scientist was at the age of 26 and the results of his efforts achieved during this time called nothing less than spectacular.

“One explained how to measure the size of molecules in a liquid, a second posited how to determine their movement, and a third described how light comes in packets called photons—the foundation of quantum physics and the idea that eventually won him the Nobel Prize. A fourth paper introduced special relativity, leading physicists to reconsider notions of space and time that had sufficed since the dawn of civilization. Then, a few months later, almost as an afterthought, Einstein pointed out in a fifth paper that matter and energy can be interchangeable at the atomic level specifically, that E=MC^2, the scientific basis of nuclear energy and the most famous mathematical equation in history.”

As astrologers, we are keen to observe what kind of planetary activity was occurring in this particular year for such a remarkable time of accomplishment in the life of the Physicist.  What has been observed is that in 1905 Einstein completed a thesis gaining a Ph.D. and writing, completing and submitting his papers when transiting Saturn formed a conjunction to Jupiter in Aquarius in the 9th house.

The transit of Saturn aspected his natal Jupiter opposite Uranus aspect along the axis of knowledge (3rd/9th). To add, transiting Jupiter was also in the 11th house trine natal Uranus in the 3rd house, massively reemphasizing the Jupiter/Uranus aspect in his horoscope.

The Jupiter-Uranus aspect is such a significant planetary combination for scientific knowledge and the movement of Saturn across this aspect indicated the time was ripe for it to be harvested. I shall explain why, in Einstein’s astrology chart Jupiter-Uranus plays such an essential, significant and important part in his intellectual life.

Jupiter being placed in its own house can expand the boundaries of philosophy, knowledge, and it also broadens awareness and can signify the consciousness expanding. Furthermore, it offers a perception of life that is macroscopic and involving plenty of activities with teachers, mentors and gurus and obviously becoming oneself a teacher of knowledge.

Jupiter is placed in the sign of Aquarius and is opposite Uranus, a double whammy, highlighting the great teacher and philosopher (Jupiter) of the cosmos, scientist, and physicist (Uranus). A Jupiter-Uranus aspect asks the big cosmological questions, and is on a journey of illumination, searching for answers that go beyond the rational, analytical and reasonable explanations.

Jupiter being the biggest planet in the solar system massively expands knowledge about science, space, and even astrology. A powerful intuition is usually an inherent factor in the personality,  and the Jupiter-Uranus mind is restless on its journey across space and time. Jupiter-Uranus can have flashes of insight and truth and is always in search of knowledge; they can be a spiritual person who is light years ahead of their time.

The Jupiter-Uranus contact also increases the scientific ability, broadening the perspective and the mind perceives possibilities everywhere. Jupiter in astrology can also mean being famous and with Uranus ruling higher mathematics it equates with Einstein coming up with the most famous equation of all time – E =MC2.

Uranus in the 3rd house was probably why he was a great mental channel and attracted him towards progressive, revolutionary ideas that can lead the mind to new insights; he was an inventive, original and intuitive thinker. The Uranian mind grasps concepts whole, and sometimes their ideas are light years ahead. Uranus in the 3rd house is the lightbulb over the head moment.

Some Uranians view old subjects from a unique perspective and are often interested in intellectual systems – science, astrology, mathematics or astronomy. This placement of Uranus will usually attract them into associations of like-minded people, and the mind is also gifted at synthesis and good at making intuitive leaps.

Transiting Saturn moving over Jupiter and Uranus represents the practical aspect of life and turning those forward thinking ideas and intuitive understanding into reality. Saturn is also the planet of commitment and it can be a materializing aspect, something concrete always forms.

The Saturn-Uranus transit according to one astrologer states that science should not be pursued at this time as it will be severely hindered, opposed and ridiculed. On the one hand, the astrologer is right for Saturn blocks, delays and will often stall progress. With all new ideas come to their opponents and it can be difficult bringing something to the table that has not been seen before.

On the other hand, Saturn does not only rule barriers to life, but it can also fully test and prove and reveal a depth of worldly wisdom. Of course, hindsight is a great gift for astrologers, but Saturn can really make a solid contribution to life and the desire to see theories proven. Of course, with Saturn comes a great deal of fear in presenting these ideas to society and the great need for approval.

Progressed Mercury also meets up in conjunction with transiting Jupiter and both trine Uranus in the 3rd house forming a Mercury/Jupiter/Uranus configuration. Again, indicating a focus on mental knowledge and often schooling, writing, and an expansive period regarding understanding and awareness.

Also. to further compound this emphasis on learning there was also a transit of Uranus square Mercury conjunct Saturn in Aries in the 10th house and is a time of enlightenment, shocking statements being made, and with the ability to revolutionize people’s minds signifying the radical insights into nature.

“Einstein anticipated the impact of his paper, In May 1905, before the paper appeared in print, he informed his friend Conrad Habicht that a forthcoming paper on the properties of light was “very revolutionary.”

The chart is incredibly active in 1905 with more transits not listed here for wanting to keep focus.

At the time of his death, there was a Jupiter-Uranus conjunction in Cancer (his Ascendant) in 1955. Especially lucky contacts like this have been observed by astrologers to occur at the time great people pass.

Occultists believe the death chart shows what we have achieved in life showing our accomplishments (astrology considerations magazine).

If this is true or merely speculative, nobody can be certain, but Jupiter-Uranus is such a significant aspect for ‘scientific knowledge’ and the ‘great scientist’ and Einstein dying under this contact does make one think there could be something to the theory.

In Einstein’s chart, at the time of his passing, he had the progressed Asc and Moon (the luminary ruling the Asc) conjunct the I.C, often the house termed as the end of life by ancient astrologers.

Transiting Pluto was also conjunct Uranus and touching his Jupiter-Uranus opposition and squaring Pluto forming a t-square – Jupiter/Uranus/Pluto. Also, transiting Saturn in Scorpio as trine his Sun in Pisces.

Transiting Uranus conjunct I.C a year after his birth and the father founded an electrical company and moved the family. Uranus crossing the 4th house cusp is often a signification for sudden house moves.

In 1900, the transiting Jupiter-Uranus conjunction in Sagittarius was conjunct Einstein’s Moon in the 6th house and trine his Mercury in the 10th house when he was published by a prestigious academic and the first of his scientific works to be printed.

Einstein took a holiday to New York in 1921, for the first time when transiting Jupiter was conjunct the I.C and square his natal Moon (both I.C and Moon relate to home) and it certainly puts an emphasis on the need to expand one’s roots as Jupiter rules by expansion and travel and teaching. Saturn was also transiting through the 4th house opposite Sun in Pisces and a lot of it involved business and there were three weeks of lectures and receptions. Uranus was also opposite Uranus, and he was around 42 and experiencing the midlife crisis and the urge to uproot in life.

He also published an essay, “My First Impression of the U.S.A.,” in July 1921, in which he tried briefly to describe some characteristics of Americans, much as Alexis de Tocqueville did, who published his own impressions in Democracy in America (1835). For some of his observations, Einstein was clearly surprised: “What strikes a visitor is the joyous, positive attitude to life . . . The American is friendly, self-confident, optimistic, and without envy.” Obviously describing Sagittarius rising in America’s chart.

In 1930 he took another trip back to America when transiting Jupiter had swung all the way around to oppose the Moon in Sagittarius and this time squaring the I.C the same above mostly applies. Naturally, he seemed to have a fine time with many requests to speak and being cheered on arrival, perhaps superstar Jupiter in play here and being something of a celebrity, and Einstein was given keys to the city by the Mayor. Uranus in Aries 10th squared Moon in Sagittarius applying and ended up a resident there due to Nazi conflict at home Uranus to the Moon can upset roots.