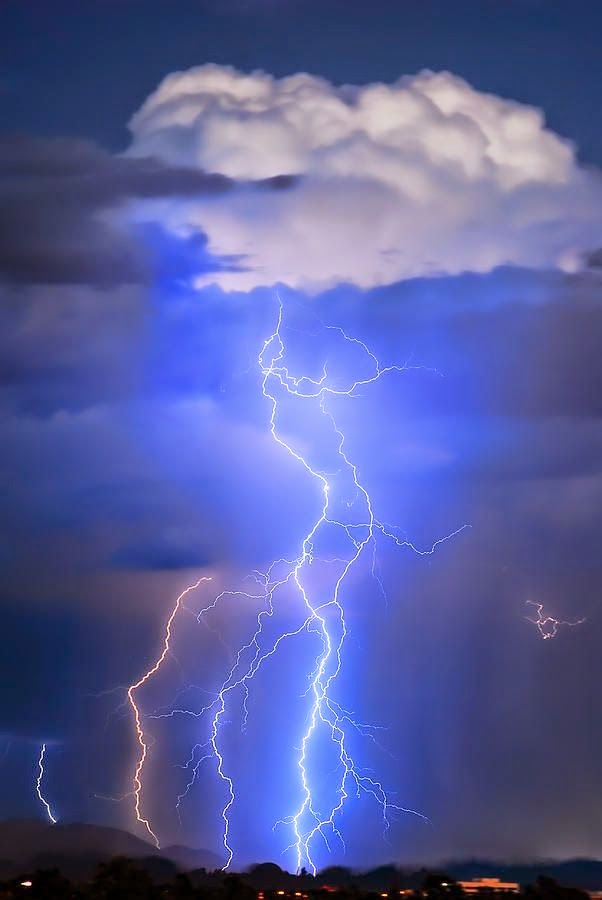 When it comes to astrology, Uranus is the planet that rules sudden shocks and signifies the desire to understand the general pattern in our life. A bolt of lightning strikes us from our slumber and forces us to face the reality that we have created for ourselves. Following this interpretation, and in particular, the jolting quality of Uranus’ transits, I looked into the natal charts of people who had been hit by lightning and killed all for the sake of study and research, in order to determine how the planet Uranus appeared in their natal charts. Prometheus (Uranus), the awakener, is a key element in these charts, both transiting and natally. Be aware that the objective of this article is not to explore the psychological implications of Uranus, but rather to demonstrate the immense power that this planet possesses while it is in transit, particularly when this planet’s physical form is involved.

Our ability to stand out as well as our ability to be original is here. Do we hide our originality from the world to blend in, or is placed in one’s 1st house, and their uniqueness noticed immediately? To be an oddball or an outsider or unable to fit in can be Uranus not operating at its best. Technology and futuristic inventions, due to Uranus being the ruler of the future times. The discovery of new inventions and ideas that seem to come as lightning bolts out of nowhere. Uranus rules lightning too! The planet’s position shows where brilliance lies in our lives. A rational yet creative thought process comes with the planet in proper dignity. There is an intuitiveness associated with this planet due to its ability to access the Akashic records when connected to Jupiter. The Akashic records are the present, future, and past information of events, people, places, and things in the collective consciousness, all information ever known to man that everyone can access. While this is located in the Galactic Center within Sagittarius, Uranus can still have quick access. ABCs of Astrology: A Beginners Guide to Becoming your Own Astrologer

Samuel Brashear Avis (February 19, 1872 – June 8, 1924) was an American politician who represented West Virginia in the United States House of Representatives from 1913-1915.

He was killed by lightning in Charleston, West Virginia June 8, 1924, and was interred there in Spring Hill Cemetery.

It just so happened that transiting Uranus was directly conjunct his natal Mars on the day of the lightning strike. This aspect suggests that the degree of Uranian energy has grown. It can signal a rebellious period in which it is necessary to channel this energy into something thrilling in order to use the high level of Uranian impulse available. Generally speaking, the conjunction of Mars and Uranus is associated with startling mishaps, and it frequently indicates physical energy that is bursting with enthusiasm and electrical currents. In this period, we may appear to be a live wire, bursting into flames and exploding into new directions.

Contacts between Mars and Uranus are frequently connected with risks involving machinery, electrical equipment, explosives, and lightning, among other things. At the time of his death, transiting Saturn squared Uranus, causing him to become acutely conscious of Uranus’ presence in his life. Saturn controls established institutions and reliable forms of security, and when Saturn and Uranus meet in the chart, it has the potential to upend the present reality. Old forms crumble to make room for new visions, and in the instance of Samuel, Uranus smashed through his body with such force that he was unable to escape. 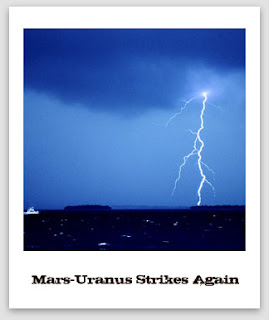 Hernán Gaviria Carvajal (November 27, 1969 – October 24, 2002) was a Colombian football central midfielder. Gaviria died on October 24, 2002, when he and teammate Giovanni Córdoba were hit by lightning during a practice session with Deportivo Cali.

Gaviria was killed instantly, though he was not pronounced dead until arriving at Valle de Lilli Hospital; Córdoba died three days later. Nicknamed “Carepa”, he left a wife and two children; he was only 32.

In this particular instance, transiting Uranus was in an 8-degree orb on his natal Mars, which was in the constellation Aquarius On that particular day,. In Aquarius, his natal Mars was opposed by transiting Jupiter, which appeared to magnify Mars’s presence in the electric sign. 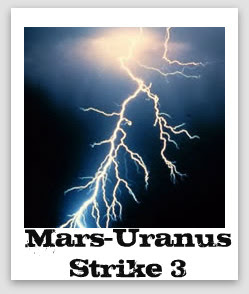 Geremis Segundo González Acosta (January 8, 1975 – May 25, 2008) was a Venezuelan right-handed pitcher in Major League Baseball who played for the Chicago Cubs, Tampa Bay Devil Rays, Boston Red Sox, New York Mets, and Milwaukee Brewers. In his rookie season, he led the Cubs with 11 wins, but he was unable to continue that success in later seasons.

On May 25, 2008, González was killed after he was hit by lightning near Punta Palma, Zulia, Mexico. Geremis had Transiting Uranus square his natal Mars at the time of his death, which was a fatal combination. In addition, he was born with a Mercury square Uranus conjunction showing a powerful Uranian aspect in his chart.

Overall, the planets Mars and Uranus have been prominent, but this is a common transit for all kinds of other mishaps as well. The chances of getting struck by lightning is rare, and this is an uncommon event in and of itself.