An individual with Uranus in the 3rd house, which is the area of the chart representing the sphere of the mind, communication faculties and the way we converse with others daily, possesses the ability to take the cosmos and knowledge about life in the universe far beyond its present state and to a new level of insight.

In astrology, Uranus is the planet of rapid change, sudden realizations, and seeks freedom beyond boundaries. When Uranus falls into the house of the intellect it results in speeded up thought patterns, ones which are moving faster than the average person. The flashes of Uranus’ insights are often delivered as a kind of mental download, and they usually have no idea about how they have arrived at their conclusion.

The mind holds something of a futuristic vision and predicts trends of forthcoming events. There appears to be a link with communicating telepathically, intuitive thinking and thoughts being transmitted. The famous Seth Speaks is a case of channelled information and it was said to have had an awakening effect on others – especially New Age thinkers. Uranian minds are more open than others and act as a gateway. A person born with this placement has a way of illuminating, shocking and waking people up to a different kind of reality.

Usually, with Uranus in the 3rd house, there is a spontaneous, brilliant, and unique way of processing ideas. Other times, it may appear as if the ideas are too abstract, out there, and unconventional. An original turn of mind is usually present, but with originality, nothing exists in a vacuum and a new discovery is really about realizing the potential that already exists. In many ways, Uranus people search for answers on a universal level to find our cosmic significance and to resolve a sense of mediocrity a sense of limitation to our lives. 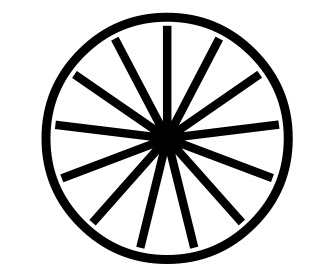 Uranus in the 3rd house is often interested in planetary systems, futuristic ideas, as in astronomy, astrology and inquiry into our universal origins. Uranus is geared towards scientific investigation or mathematical puzzles, solving the mystery of the universe and our place in the greater scheme of things. Uranus thinks about the broader picture and the bigger cosmological design. The Uranian mind begins to see a pattern an orderly rhythm, and a hidden harmony to life. As we see evidence of a design in precise geometrical laws it brings us closer to the truth. Astrology witnesses this evidence of a purposeful pattern for life and the key to enlightenment can be found in such subjects as mathematics, within the sciences and horoscope readings.

Uranus subjects reveal a higher mind, plan, and divine order of the universe. Uranus in the 3rd house has a brilliance of the mind, with a talent and liking for unusual subjects, and sometimes believing they have special gifts and a particular message for mankind. Uranus here can indicate a person with one big, bright idea in their lifetime or a series of them. The madness of Uranus only seems that way to those bound up in facts and the world of form and it often requires a leap into the unknown.

We call this the Age of Aquarius and that means we are entering more into the Age of the Universe, and we will discover how its fate is inextricably bound up with the lives of human beings.