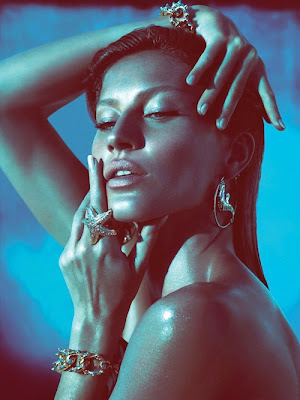 Neptune in the 2nd house is one of the most difficult combinations in terms of the physical and spiritual world. To the contrary of what most astrology interpretations state, this position does not mean that the individual will “suffer” from misfortune and never materialize money. It’s just that it is difficult to combine a ’fixed’ earth house with a planet that is the least attached to personal possessions. Neptune lacks the ability to sustain itself in the martial world and is the least worldly of all the planets. The 2nd house rules our personal finances, income, self-worth, the capacity to sustain ourselves, and it also rules our talents and abilities. Wherever Neptune is found in the chart is where we identify with the victim/Savior archetype and it is also the place where we “drown.” Neptune’s house is where we feel our most compassionate and sensitive, and it’s where we long to escape from the mundane responsibilities of life.

Neptune in the 2nd house may signify impracticality, confusion, and chaos around resources. It may also represent the fantasy and longing for money so that the individual can live out their dreams. Those with Neptune placed here do have to be careful of ‘get rich quick schemes’ and being deceived by people who promise them the “earth” and an “easy way out” of their money troubles. Those with Neptune in the 2nd house could find it difficult to see clearly the “reality” of a financial situation. A lack of discrimination and an overly compassionate approach to the material realm often means there is difficulty in saying “no” to those who ask for help financially. These people can give up everything they own, believing that money and resources will bring emotional closeness. When Neptune is placed here it sometimes indicates sympathy for those less fortunate or unable to cope with the practical side of life.

Neptune’s compassion may allow someone else to drain their own resources. Alternatively, Neptune in the 2nd house may heavily depend on the financial resources of others, and sometimes Neptune’s house placement represents the part of life where one feels they are the most dependent and “helpless.” Wherever Neptune is in the chart it signifies where we can feel our most dissatisfied. Many of these individuals are born with a kind of non-attachment attitude which often unconsciously contributes to financial difficulties. Neptune here can also be left confused about why money is lost, misplaced, or even deceptively used by others. The task is to feel that true sense of autonomy within and to feel sustained by imaginative resources but to also pay attention to their material world without becoming its victim.