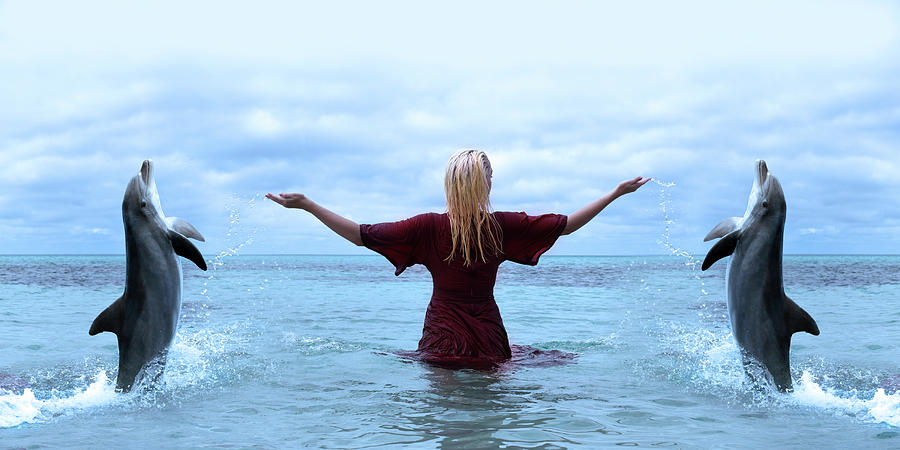 Neptune rules over Pisces, the third water sign of the zodiac, according to modern astrology. One of the most fundamental symbols of the emotional realm is water. In Roman mythology, the Greek god Poseidon, the lord of the sea and the brother of Zeus, rules over the Neptunian energy in the natal chart. There appears to be a direct link between Neptune’s domain and the Ocean, a pervasive emblem of the unconscious that governs the most primal emotional aspect of our being.

Also, our inner selves develop the experiences we need throughout our lives, much of which we are utterly unaware of. The ocean, Jung said, has long stood as a symbol of the collective unconscious or, in his words, the collective mind. It is Jung’s opinion that all humans share an even deeper level of the psyche. Our familiarity with the water heightens our ability to detect underlying trends and collective emotions as they are reflected in the art forms of fashion, music, film, and the visual and performing arts.

Three quarters of the earth’s surface is submerged in water. This should give you some idea of how vast your psychic life is. When you think of all the sea creatures that scientists are still discovering – the giant squids (long thought extinct), resurfaced alive and well then you’ll begin to grasp how mysterious your unconscious truly is. People often think of the unconscious in terms of feelings, dreams and memories. But that would be like equating the ocean with what we see on the seashore. The unconscious, like the ocean, slides out past the shoals and rocks and down into a murky realm that has nothing to do with the world we live in. Your inner life is a barely tapped resource. By Christopher Renstrom, Ruling Planets

Neptune seems to represent the transcendence of limits placed on our own selves, the desire to go beyond what is typically believed to be possible. In line with Neptune, who seeks to unite with the universe as a whole, boundaries are meaningless because they serve only to divide. Those of us who have this planet Neptune prominent in our birth charts tend to be highly intuitive, daydreamy, creative, and artistic since our sense of touch, sound, and colour is heightened. Neptune seems to usher in a dreamlike state of consciousness as we venture further into our own inner mystical and oceanic realm. Neptune hates nothing more than a life that is mundane, pointless, and boring. If we find ourselves in such a negative environment, not only do we feel an intense need to escape, but we also experience a deluge of cravings, longings, and yearnings, all of which are focused on finding satisfaction and actualizing our potential. To rephrase, when compared to Neptune’s exquisite watercolours, everyday life is drab, uninspiring, and awful.

“Water is life’s matter and matrix, mother and medium. There is no life without water.” —Albert Szent-Györgyi