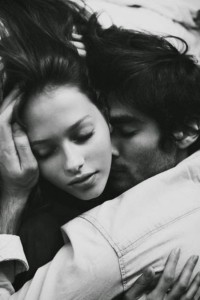 The Notebook, A Walk to Remember and Dear John are all by Nicholas Sparks and are stories that basically revolve around two people who fall in love. However, in each of these tales, there is always some terrible fate or sudden tragedy that threatens to tear and keep the couple apart. The romance starts out wonderfully, and it’s what we all dream about when we think of falling in love.

If we turn to the astrology to figure out his writing style and focus on these kinds of novels we see that Nick was born with Mercury in Sagittarius forming a tight square to the Uranus-Pluto conjunction of the 60s. In astrology, Mercury represents how we communicate, write, exchange ideas, understand, perceive and digest experiences. The Uranus-Pluto conjunction that occurred in the 1960s is a generational aspect and it happened in Virgo between 1962-1968. The period was a time of great volatility, acceleration and change on a global scale. The president of America was shot, and Martin Luther King was also assassinated. The times were unstable, and it was a period of deep upheaval.

In Nicholas Sparks’ stories, the characters he is writing (Mercury) about had this beautiful romance form between them, but they could never predict what fate lay before them. Nor could they foresee what would challenge and threaten their love for one another, and what would also test the strength of the couple’s ability to make it through a turbulent and uncertain time. I have never personally investigated whether the lives of Uranus-Pluto people experience such sudden turn of events and twists of fate. However, I do know that when we experience difficult transits from Uranus and Pluto we tend to experience reversals in fortune, unexpected death, or a sudden fate imposed upon us.

Uranus-Pluto conjunctions represent the collapse of many outworn systems, and the overthrowing of governments. Therefore, I feel that Nicholas is putting pen to paper about how this conjunction can overturn someone’s life and send an individual down a completely different and unexpected (Uranus) path, and one that feels almost fated and unavoidable (Pluto). Uranus and Pluto represent change on all levels. Uranus is the enemy of the tried and tested path. When Uranus is in the picture things don’t go always go to plan, things come suddenly and unpredictably and take us by surprise or shock. Pluto rules the underworld and represents the power of transformation, and it forces us to come to terms with the darker aspects of nature, and with fate. Pluto sees what we have to let go, and it rules death, hidden power, and the atom bomb.

In the face of these sudden turn of events, fate and destiny, the couples in Spark’s books, through their deep love for one another, manage to make it through these incredibly testing times. Maybe it’s the human spirit and our love for one another that weathers the difficult storms that life often brings. I was reading something the other day which said that for all our potential destructiveness as human beings and our potential to fall into our darkest hours, what matters most is our love for others and remorse for our actions. There a number of tragedies/fates that happen in our lives, we can fall ill, face hardship, death, and other losses. When we are in a relationship these are some of the things that either bring us closer together or create a deep divide.

The Notebook love story is set in a post world war era. Noah and Allie spend the summer together, but their socioeconomic realities of the time prevent them from being together. Noah attempts to keep in contact with Allie, but his letters go unanswered. Noah returns home and restores an old house by the lake, and makes it into the paper. Allie sees it and goes back to visit him, and the love they have for one another has never disappeared. What I love about Noah’s character is that he never stops loving Allie, and it’s this type of enduring and unwavering love that warms me to him. To Noah, he only has eyes for one woman and he never gives up on her.

Another prevalent theme is the issue of fate (Pluto) and free will (Uranus) throughout the Sparks’ novels. These ideas are often seen as two very contrasting views. However, under the Uranus-Pluto conjunction the two worldviews come together. The Notebook suggests that people should exercise freewill, even as they move towards their fate. I also feel that although we may meet fate no matter what we do, and it’s inevitable, it’s all about how we deal with our fate that is our choice/free will. The Notebook narrator said, “the romantics would call this a love story, the cynics would call it a tragedy.”