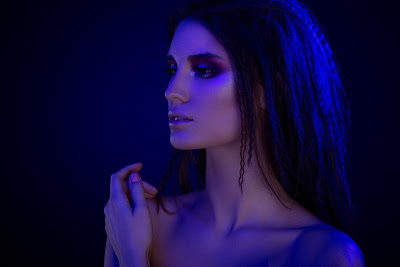 Those with Uranus in the 8th house seek out freedom regarding close relationships and like to express themselves uninhibitedly on the core emotional level. In astrology, the 8th house rules other people’s money, joint resources and finances. It could mean that cash comes in a unpredictable way, sporadically, and there may be sudden legacies, losses, or a partner’s financial situation altering. Tax and property problems may happen and this is a placement commonly known for sudden reversals of fortune.

The individual needs to look at alternatives in handling resources and choose something that strays away from the standard path. With Uranus here the person’s sense of security is often shaken to the core and sometimes 8th house planets bring the early experience of death to a person’s life. Endings could occur through the divorce of parents upsetting the child’s inner security. Uranus tends to spin on its own axis and overturn existing stability in favour of doing things differently than what is conventional.

The person needs to learn some level of detachment as this can be the house of losses and they may have to learn to cope with unpredictable turns of events. Relationships and other attachments are open to sudden changes and nothing stays the same in this area. There are sudden insights into psychological complexes that come out of the blue, erupting from the unconscious stunning the individual into new realizations about intimate relationships, sex, the occult, other people’s money and investments. It could lead to new business partnerships, investments and a whole new outlook on what kind of close relationship the individual wants to be realized.

Commonly Uranus in the 8th house is no stranger to sudden breakups and relationship shake-ups and disruptions. The person may have to approach things in a completely new way. The problems often pop-up unexpectedly and the individual often tries to hold on tightly, and so the partner may feel the need to break away and ask for more space, contributing to the individual’s topsy-turvy feeling of things getting stable and then changing again. Passionate relationships may have an element of loss of control, but on a more positive note it embraces the opportunity for change and the opening up of new possibilities.

A partnership makes the person more curious and explorative around sex and experimentation. The individual could have a free and liberated attitude towards sex, and in some cases a rebellious attitude when it comes to what society considers taboo. The type may also be a bit hot and cold in relationships; one minute coming on strongly and then suddenly switching off again, but this has a lot to do with being free.

In the inner deeper recesses of the individual, the 8th house person may discover things that feel disturbing, abnormal, or strange at first. Yet, a stark look at the darker unconscious can ultimately free the person from feeling chained to others expectations. Uranus can project itself onto a partner and the other might be emotionally unstable, blowing up constantly, acting reckless or could be totally different from others. Uranus here awakens a lot of emotions like jealousy, revenge, and possessiveness and the person must find a new way of approaching this area.

It could also involve lesson on freeing the self from compulsive behavior, addictive problems and awakening one’s shadow side. Moreover, there could be recklessness rebellious and a disregard for taboos, deliberately acting out and throwing the personality into areas of conflict concerning, sex, violence abuse or the occult and more hidden aspects of life.

Uranus in the eighth house… through strong psychic feelings which, if not well-disciplined, can lead to erratic and uncontrollable harmful impulses. This tendency is often manifested in the sexual realm, leading to extremely unconventional desires, especially if Uranus is aspected with Venus, Mars, or the Moon. A well aspected Uranus sin the Eighth can bring sudden inheritances and financial benefits through unexpected windfalls. Alan Oken’s Complete Astrology: The Classic Guide to Modern Astrology

The individual with Uranus in 8th house possesses an unusually high interest in the occult, healing, or probing into the deeper dimensions more than most people do. It is as if the person wants to lift the lid off everything hidden, mysterious and kept secret. It is not uncommon for the type to experience sudden psychic events. The freedom aspect attitude in the direction of death can happen and the individual likes to choose it on their own terms, by exercising free will.

It can be harder for some of them to accept fate, control and finality, but this placement can also open-up the person’s awareness towards difficult topics such as mortality or an afterlife and sometimes a new consciousness arrives in the way of a sudden death. The lesson with Uranus placements is to be detached, but not overly detached. Above all, the person is learning how to ride the ups and downs in intimate relationships and shared resources through the darker depths of relating.