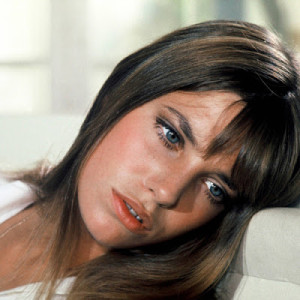 An individual with Moon conjunct, square or opposite Neptune is a Super Sensitive Soul…the end. Actually, there is a lot more to discuss, especially since out of all the other lunar aspects, it is this particular combo which possesses the acutest sensitivity and is often challenged to move beyond the psychological suffering which they engender. The person is given a powerful dose of femininity1 and he or she is mystical, creative, yearning, yielding and filled with depth. The type is flooding with an intuitive understanding and is drawn to anything expressing universal beauty and universal love. Women with this contact often have this softness and extreme kindness underneath that is extremely attractive. In relationships, though, she might be emotionally needy and in danger of being blinded by her emotions.

Moon-Neptune being so highly sensitized and empathetic to everyone will inevitably have a deep and complex response to life situations. Most negatively, there exists a weakness and vulnerability to submerging and even drowning their emotions in the problems of others. The person finds plenty of ways to evade whatever is troubling the psyche. Not surprisingly, all of this empathizing and absorption of feelings can emotionally overload the system. At times it leads to addictive and dependency issues; there is a reliance on cigarettes, pills, or drinks to help them cope with life. Moon-Neptune, on the whole, tends to be OVER EMOTIONAL and can ‘wind up at sea’ and lost in the depths of their feelings.

In Astrology, Neptune rules the ocean, the fantastical and dreamy. The Moon rules the subconscious and inner feelings. An individual with Moon-Neptune in their horoscope is one of the daydreamers of the world; he or she often possess strong gifts in art, literature, music, mysticism or drama. The capacity to tap into inspiration is well-developed and the person has a wonderful, colorful and vivid imagination; the type is often found escaping into a fantasy away from the everyday realities of life. The troubling nature of this contact lies within their deep inner yearnings for a state of happiness which cannot be satisfied on the earth plane. The ‘highs’ are sought through addiction to sex, drugs, excessive fantasizing or dishonesty.

Neptune sensitizes the feeling Moon and tends to dissolve its boundaries so that it can be difficult to separate one’s feelings from the feelings and needs of others. Highly and involuntarily emphatic, the conjunction shows a need to merge with others and sometimes to heal and relieve their suffering. Establishing personal boundaries and saying no to others is a challenge and tends to create guilt. Because of the merging, oceanic quality of feeling, there’s often a markedly psychic streak. The tendency to indulge and even spoil others may lead to a feeling of being victimized or drained. Character and Fate: The Psychology of the Birthchart (Arkana’s Contemporary Astrology Series)

Moon-Neptune is hypersensitive and may be considered psychic; the type can be found recounting stories of prophetic dreams, images, feelings about people that can’t be explained. The person often finds the emotional realm too overwhelming and feelings too chaotic; he or she will have lots of internal stuff to sort through. Many times there is no clear answer, and the person just feels this intense bout of sadness. The emotional sphere of the individual’s life tends to get leaky and the psyche drifts off somewhere else.

[su_note note_color=”#ffffff” radius=”7″]The Moon-Neptune individual makes many sacrifices for others and takes on their problems. Personal relating is in danger of becoming co-dependent, and the individual is prone to responding to every mood, whim, and issue of their partner’s whilst ignoring their own needs and feelings. Typically, the type will put the other person’s needs in front of their own. The person may become a doormat in the relationship and open to being used by others. [/su_note]

The emotions are often spoken non-verbally, and when he or she can’t express their feelings clearly, there is usually a lot of guilt; sometimes it’s done to avoid hurting others. Moon-Neptune may have felt an early sense of shyness and introversion growing up. The aspect can point to a childhood that wouldn’t allow the person to express their needs, wants, and feelings for fear of being selfish, needy or indulgent. A parent’s mood may have been acted out on the type; so there is unconscious anger underneath. The Moon rules the mother in astrology and partnered with Neptune, it often represents a guilt-inducing image and indicates a controlling figure who dominated through martyrdom, weakness, and self-pity. The person may have experienced a loss around the mother. For instance, this figure may have been incapable of caring for the child and was mentally ill, physically weak, addicted to drugs or alcohol. Other types of mothering may indicate an exceptionally creative parent, and this someone with a lot of dreams inside  all longing to be fulfilled. Mother and child are both oversensitive, escapist, and deeply compassionate.