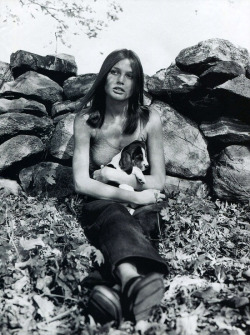 Capricorn often displays an attitude as old as the world. The World is given, as a matter of fact, to this sign in the Tarot. Being born under Saturnian energy can be immensely imprisoning at times, initially, this may be felt as a brick-wall effect, and much of the life is spent getting through this wall. Many Capricorn people face obstacles and limitation in everything. However, much of psychological astrology dictates that those born under this zodiac sign will submit to the “trappings of success” for a long period of time if it will bring him the fruits of his labor.

The Capricornian individual is born into the element of earth which is one of the heaviest elements in astrology. The responsibilities materializing in this person’s life often feel like heavy chains, with material obligations and severe circumstances, everyday life can take on an inappropriate weightiness  A hardness begins to crystallize as a result of too much hardship. Naturally, over time, this forms the habit of not leaning on anything but the self. A Capricorn is frequently advised to find something spiritual behind a dense reality. Life must include play, joyfulness and a lightness of spirit. Otherwise, feeling tired, worn out, with shoulders getting heavy from all the burden and weight of responsibility is the consequence of being so heavily serious. The heaviness of the world, without some relief, slowly crushes a youthful spirit underneath, and Capricorn, under those circumstances, feels old and cold. 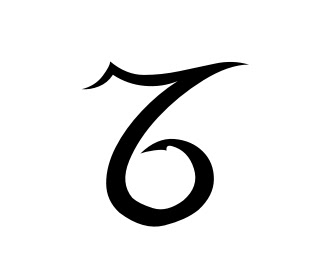 It’s also thought that Capricorn has a mountain of Karma that holds the struggling soul.  With the Sun in Capricorn, the individual is born with an energy that begins winter. Much of the Capricornian’s life is really about preparing for unsympathetic weather. The beginning of winter has a long tradition representing the advent of a fearsome time. Winter has been called the time that “maketh old”.  It is a time we must discipline ourselves, and it is thought of as a white bleak season. Even a brief study of the winter season is revealing, for it is the time we think of personal sorrows, and it is also said that we are reminded of the death of loved ones and our own mortality.

We are often faced with a cold and bleak reality at this time of year. Of course, all of this discussion of Capricorn’s constant struggle, wintry landscape, and karma can make us view Capricorn as the most depressing sign of the zodiac. However, Stephen Forrest paints a rather beautiful image of this stony backdrop of Capricorn, imagining it through the lens of black and white photography.

I want to imagine that you have gone to a photography exhibit in an art gallery and the title of the exhibit is “Winter.” The artist, a photographer working in black and white, has done a series of landscapes of winter images. Images like an empty park bench in Paris, half-covered in snow, or the twisted, leafless branches of trees against a grey sky in Minnesota. Poignant imagery. And the artist has brilliantly interpolated these white images with portraits of old people, none of them younger than eighty. Old people who are not posing for the camera exactly, but caught in candid moments with that serious look on their faces, with every line telling a story. They’ve seen loss and they’ve seen tragedy but they don’t look depressed. They look wise, they look old, they look tempered by life. They’re in the winter of life. …And as we step out of the gallery and into the lobby there’s a group of people who were also in there looking at the pictures and we don’t know them but we overhear them and one of them says, “My god, that was a depressing show!” Another one laughs and says, “Yes, they ought to give that lady Prozac!” And you and I are kind of jarred, kind of shocked, because we don’t feel that way. It wasn’t depressing to us. We were feeling poignant; there was melancholy, depth, wisdom, and beauty in it. These images invoke solitude and this monumental solitude is the essence of Capricorn. STEVEN FORREST’S SUN SIGNS