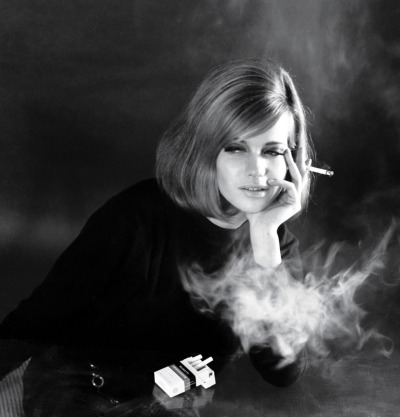 For some light reading, I delved into the book: True Crimes of Passion – When Love Hurts. It contains real life stories of jealousy, betrayal, and emotional drama. Browsing through the deadly affairs, there is one particularly interesting story about the manipulative and seductive Pamela Smart who was a school teacher. Pamela Smart began a fling with one of the boys at the school where she worked in order to get back at her cheating husband and never expected to fall in love with a 16-year-old boy.

When she did, she conspired with her lover to remove the man who stood in the way of their future together. At first, her lover Flynn was shocked by her plan, but his older lover was persuasive and soon he had agreed to a murder plot. Flynn and two friends entered the house of Greg Smart and shot him in the head. The youths quickly made the scene look like a badly botched burglary.

Astrologically, the school teacher has the Venus conjunct Pluto aspect, and boy is this known for its fatalistic tendencies in love. For further examples see below:

Glenn close, the actress who starred in Fatal Attraction (Venus opposite Pluto).

The author David M. Buss had written a book titled: The Dangerous Passion: Why Jealousy is As Necessary As Love and Sex (Venus Trine Pluto)

Rebecca Schaeffer – Murdered by Robert John Bardo, an obsessed fan who had been stalking her for three years (Venus conjunct Pluto).

Ryan Jenkins – a man who murdered his girlfriend and committed suicide; he had been previously charged with battery constituting domestic violence (Venus opposite Pluto).

Ricardo Marto also killed his girlfriend and the young girl’s mother was about to send her off to a center for women suffering domestic violence, just five days before she was murdered (Venus conjunct Pluto in Scorpio).

These are extreme examples and plenty of Venus-Pluto people do not have relationships this intense. Not everybody with Venus-Pluto is presented with this kind of fate and the themes are purely amplified.

Venus-Pluto relationships force us to face our deepest feelings of lovability, desirability, and self-worth. Venus is a planet that plays a significant role in all of our relationships.

The intensity of the feelings involved with this contact requires depth. Many people with Venus in aspect to Pluto express an all or nothing philosophy toward love.

Pamela Smart manipulated  her young lover into murdering her husband to prove the depth of feeling.

“Smart was accused of seducing 15-year-old William “Billy” Flynn and threatening to leave him unless he killed her husband.”

The Venus-Pluto relationship is complicated and consumed with feeling. If we feel passionate about someone, there is always the danger, though, of getting badly burned. The shame of rejection involved in such a complex relationship, the deep feelings of not being lovable are extreme and difficult to accept. Venus-Pluto aspects are famed for fatal attractions and sexual magnetism. Many of these people can, indeed, be very seductive, but it’s the feeling tone and the ownership of someone on a soul-level which is desired.

Venus-Pluto aspects need to love very deeply, and there has to be a powerful emotional feeling in the relationship. Anyone who truly and deeply loves another is likely to feel jealous at times. Modern astrologers believe that Venus-Pluto has a hard time controlling their passions, but they can be locked down in a simmering melting pot of unexpressed love and desire. However, this serves to only intensify and when desire and love surface, it can get very hot and dangerous.

Venus-Pluto will not tolerate a superficial relationship, he/she will need to explore love all the way to its limits, and this can make for a very emotional, stormy, and intense relationship. The individual merges with partners on a very profound level, but the negative characteristics of such a relationship involve jealousy, suspicion, and paranoia. Under the surface of these relationships, it is not very civilized. If the type suffers betrayal he/she knows how to wound and make a painful and devastating emotional impact on a lover. The key issues of the survival of the bond are usually dominant, and it is more dangerous when one partner does not realize the feelings that the relationship stirs up.

Outside it may look like a very difficult relationship, but he/she would rather deal with the real issues that others deny or avoid. The Venus-Pluto relationship has a high tolerance for emotional pain, and it won’t quit lightly. However, with Pluto involved he/she has likely had to face the darker side of love.

Venus-Neptune: This Drunk Love Can’t Be good for Your Liver!